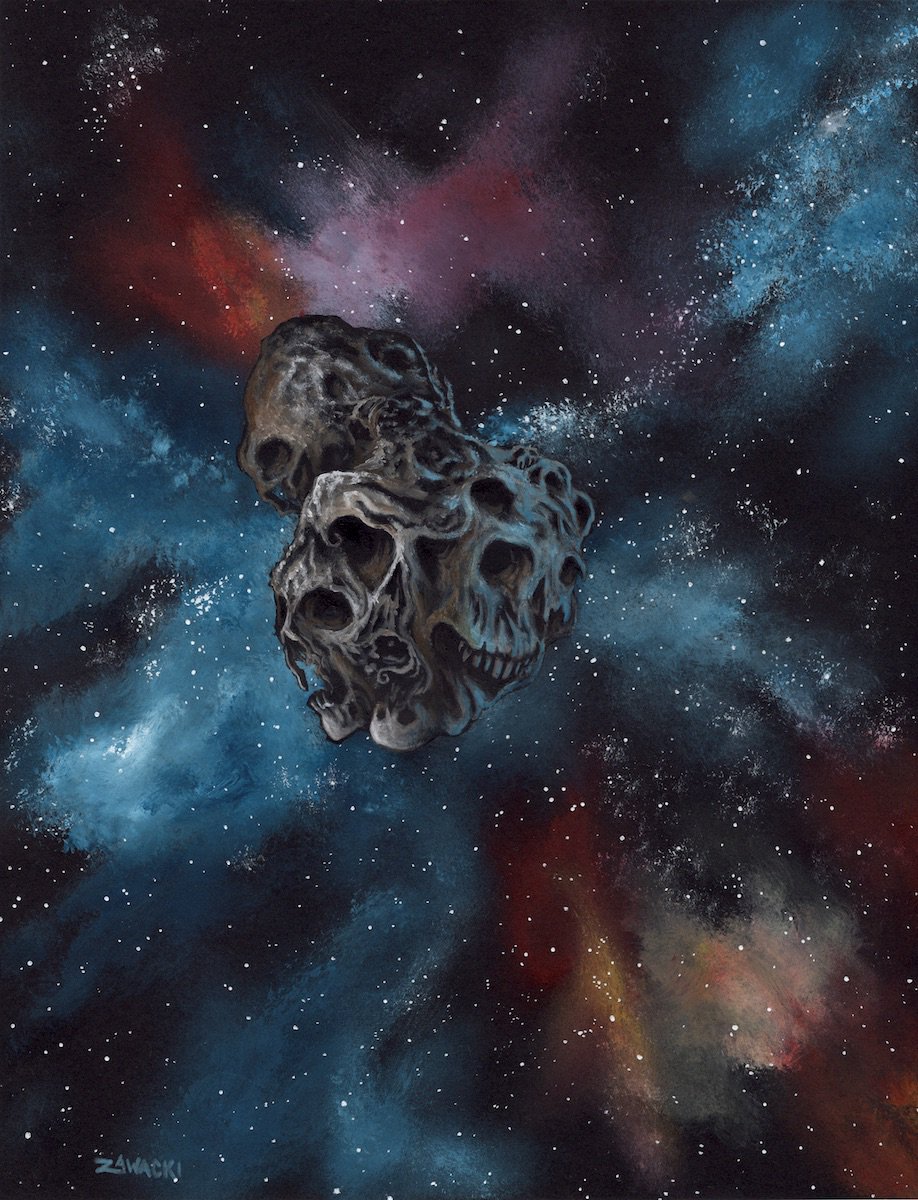 Fantastical Space would be one of the last things people associate the Demiplane of Dread with, but it exists even there.  The recently discovered “Castle Darkspace” is a testament to that.  While T’laan stews and broods in nihilistic apathy, he knows that it’s possible to break the veil into greater space.  But, this is but a facade meant to give false hope.  And by all means, others who have touched a Spelljammer have fallen to the Dark Powers.  Even the maligned and much ignored “Port Barmy” has its roots in a Spelljammer ship.  Save for the latter domain, all things Spelljammer have found their way into a unique “Cluster” or rather “Mist Sphere”.  The Mist Sphere works much like a Crystal Sphere, complete with Wildspace connecting the worlds.  However, there is no true world, solely the domain and lands trailing off into mists.  However, they can be accessed by spelljamming.

Be warned though, for those who sail their incredible ships in this sphere cannot leave normally.  Trying to seek the Phlogistan has disastrous results.  Consistently, a spelljammer will explode upon impact.  Likewise, entering other domains and clusters beyond this one spells doom.  Doom already comes for all who dare to trifle with the mists.  As of 740, even arcane space (excluding the phlogiston beyond) was not immune.  Tower Darkspace was taken into the mists.  By 743, Rogerport and Gnomonia had joined.  Primordium Station was taken in 748 and The Chariot fell in 757.  By 758, these were no longer islands of terror.  The Mists unveiled that the spelljamming days of yore had returned, but with a dark twist.  A new Sphere of sorts revealed itself, but those within were very much trapped.  And worse, new locales and minor domains continued to appear, such as the Sparkling Halls in 759.  Perhaps the Arcane Space is doomed to fall to the Dark Powers in due time?

Author’s Note: Spelljammer in the Mists! They said it couldn’t be done, but I proved them wrong! Ahahahahah!  I know Ravenspace has been a thing for years, but here is my own take on a cluster in the style of a Crystal Sphere.  Also, there is plenty of opportunity to reference bits of space horror, such as System Shock!  Also, more Eberron crossover!  And even more crazy, Returned Blackmoor makes a cameo as a domain all its own.  Is it canon for my Threshold series?  Hard to say, but it’s certainly a possible ending for it!  Also, Port Barmy remains a joke.  I have no plans to do much else with it, maybe I’ll add it to here one day.

END_OF_DOCUMENT_TOKEN_TO_BE_REPLACED 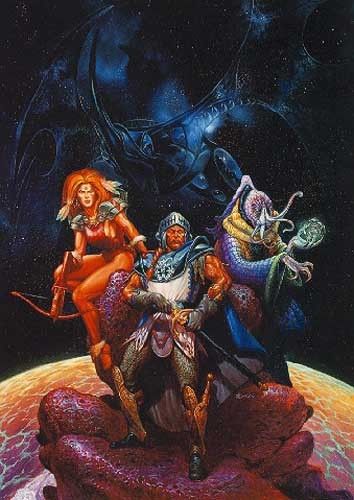 Arcane Space, a strange place for those not initiated.  Plus, for those lacking the essential tools of travel, it’s deadly.  There is no natural air here, likewise the heat is very unnatural.  This is especially the case within the traveling warp known as the phlogiston, a realm of burning energy that can shuttle protected spelljammers in rapid time.  Yes, it truly is wonderful.  And for many, it’s a far more logical alternative to the planes beyond.  Why discover what lies beyond life when you can learn all that life truly has to offer?  There are countless worlds already out there, all within the Prime material.  Plus, the metropolitan space hubs prove far less pretentious than the likes of Sigil anyway.  No weird slang to make yourself feel smug.  Or well, less of it.

Author’s Note: Spelljammer?  But of course!  October will probably make a shift back to Ravenloft, but Spelljammer always needs love.  And past that, more Docker’s Catch, crossover with other settings and a massive reference to Sea of Thieves (again). So with that, have a double post… IN THE SAME WEEK!  Give or take.

END_OF_DOCUMENT_TOKEN_TO_BE_REPLACED

Dear reader, I admire your dedication to my works.  But take heed, such dedication also puts your life in danger.  No doubt, when these scrambled notes become an elaborate codex, such books will see ban in no time.  You wouldn’t believe the among of jink offered to hack my head and serve it on a Lady’s grade platter.    As always, their hunt continues.  Mine continues in the expanse of knowledge.  Plenty of conflict bubbles and oozes beyond your surface.  Ready and prepare, the safety of the multiverse always hangs in the balance.  Let me serenade you with many tales.  But, these aren’t tales of joy or triumph, no!  Tales of woe await you.

Author’s Note: “The Editor” is back, not content with simply The Factol’s Manifesto!  Plenty of things going on, the fall and rise of deities, more on the fey, dark conspiracies of intrigue, a look at my old table’s post-2008 take on the Forgotten Realms, a further looks at my zany Ravenloft-Planescape crossover and more!  And of course, Baby Vecna!  And as always, The Editor proves an ever unreliable narrator, as some details might be fabricated or stretched for his convenience.