“You understand the risks of joining our hunting team, yes?  There are many things in the woods that would stop our enterprise, but we’re among the most elite in the lands.  Our skills are legendary.  Some angered spirits don’t threaten us!” – The last words of a foolish trespasser

The forest holds many mysteries beyond the fabled Grandmother of the Witches.  Life grabbing wolves, tree-like giant men, three headed dragons!  Such terrors and more lie over the mountain side and into the forest.  Travel with caution and tact.  And of course, show respect to the spirits around you.

Author’s Note: My exploration into Slavic folklore creatures continues.  Also, I’m gonna cover some weaker monsters for lower tier adventures later.  So far, all of these have been at least pretty strong.

END_OF_DOCUMENT_TOKEN_TO_BE_REPLACED

Hey, ghosts and ghoulies!  Doc is back at it again!  This time around, I have an assortment of werebeasts at your disposal.  The document includes new content including: a werebeast never posted on the blog, new NPCs inspired by each animal stock, cleaned up versions of two previously existing sub-classes and more!

You may find the document HERE! 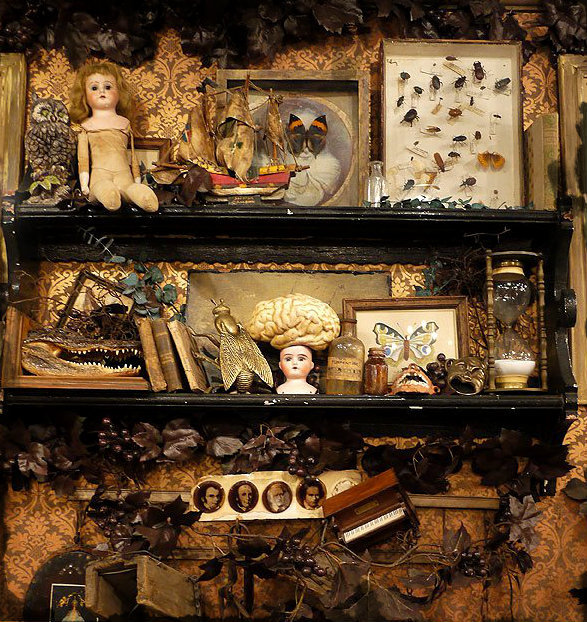 “Haven’t had enough of the ol’ hunchback shopkeeper’s wares, huh?  Well, there’s more where that came from!”

Here is a small helping of even more magical items for Halloween.  Enjoy.

Author’s Note: I wanted to make a few more magical items in addition to what I made before.  Also, more JoJo references?  I figured why not, since Part 1 is airing on U.S. television.  I had to hold myself from making anything Vento Aureo, Stone Ocean, Steel Ball Run or Jojolion because not enough people read the manga… and they should.  Also, be on the look out for how many Eternal Darkness: Sanity’s Requiem references I can squeeze into one item.

END_OF_DOCUMENT_TOKEN_TO_BE_REPLACED

UPDATE: You can get the updated version of this via DM’s Guild!  Zoanthropes – A Collection of Werebeasts is available now!  Please, support the blog via DM’s Guild!

What was covered by our resident archivist was only a sampling of the many were-creatures that torment civilization.  Many more threaten to bring ruination to all those who threaten their claimed territory.  Woe to those who encounter such fearsome foes, even if they are completely prepared for what lies ahead.

The werebeast, lycanthrope or zoanthrope is a monstrosity born from something dark and primal within us.  It is awakened through dark pacts, wicked curses, magical plagues or even an act so vile that your own living realm changes you in response.  No matter the origin, such creatures remain a danger to all those around them, even the lycanthropes that aren’t inherent advocates of pure evil.  Raw and unrestrained emotion can lead to massive destruction if left unchecked and the were-beast is indeed freed and passionate anger incarnate.

AUTHOR’S NOTE:  I didn’t finish everything I wanted to do, so I figured I’d expand upon it here.  With that, here’s a few more creatures at your disposal, including an update of my werebat from last year!  Plus, a whole bunch of inspirations have lead to some cool new creatures.

Made by Doctor Necrotic, for Doctor Necrotic Media.  Ravenloft and related content are properties of TSR Inc/Wizards of the Coast/Hasbro.  Special Thanks to James Introcaso

“This wasn’t supposed to happen, I had control of my power! Now the whole damned town is wolf beasts and it’s my fault… I fear that in my blackouts I’ll also father pups. To the crusader who found me, slay my body and redeem my soul! Though, maybe they’ll fail and I’ll snap back.  I’d show them what a fusion of man and beast can do!”
– Letter from an executed Warrior Beast

Envious of rumored barbarians who can channel nature spirits in them and druids who command the forms of nature itself, you’ve sought out your own method of channeling natural power. The power in question is the dread disease of Lycanthropy! Fortunately, you’re purposely afflicted with a modified version of the curse. While many would have succumbed to its dread power, you’re slowly molding your new abilities to your benefit. But, in doing so, you become less of your original self and more of a wild creature. While some exploit their boons to become savage warriors, some embrace becoming more than sentient beasts.

They weren’t always abominations hunted with equal prejudice as lycanthropes. In ages past, alchemists sampled blood from the dread creatures to help create super warriors. For a while, there was much success! Several kingdoms bid for these juggernauts and witnessed the turning point of several battles… That is until the cursed warriors started to go completely mad. Some tried to harness the power to horrible ends, becoming no more than upright walking wolves. Others found ways to make their “gifts” spread like traditional lycanthropes. Because of this, they soon proved to be quite the scourge! Bounties upon their slain heads remain high to this day.

NOTE: The original draft, which I consider to be quite unbalanced in one way or another, has been removed.  The updated version of the crunch is available via “Zoanthropes – A Collection of Werebeasts” via DM’s Guild.  It will likely receive a final revision though.