A clamminess completes the foggy night sky of Karg, refuge of Il Aluk’s intellectual schools of thought.  But your journey has lead you to a simple building, hiding place of a scribe in service to Azalin Rex himself.  In lieu of recent events, Toubirj the Quickened Hand has found himself waiting the darklord returning to “normalcy”.  But, a network of underground thieves, vindictive academics and disgruntled mages has lead you to an otherwise humble abode.  A short, meek and disheveled looking man answers, his ill-fit body frame moving like a tower of junk ready to topple.  A gangly left arm extends to usher you inside quickly, as he soon slams the door and closes several locks.  And with a few muffled words and motions, a spell further seals the way out.  Shuffling to a chair, he lurches over while placing his head upon his hands.  He studies you, inquisitively before cracking a smile.  Rather than speaking, he simply hands over a piece of parchment.

“Hail to you, reader.  You sought this scroll expecting that strange bard, yes?  Pity, he still has not been found.  I am but a humble scribe, commissioned by his mighty majesty, Azalin.  Divination boons have gifted me with the joys of deeper knowledge, if only to satisfy my liege.  While he has returned to a period of deep contemplation, I continue to collect and gather.  Times in Darkon have been an overflowing cauldron, bubbling and dripping, awaiting tipping point.  That time is passing, as my master returns to dark recesses.  Should you have particularly juicy information, less vulnerable information can be extended in trade…  Just, do it quick.  I know he listens, my arcane senses have made this known!  But, you care for Ramon.  Luckily, I have a few of his journals in my possession.  Allow to extend some of his knowledge to you.  But first, I simply desire to know what you offer in return.”

The frail and strange man finally opens his mouth, “Well, I’m waiting.  If you’re here, you have good information to share.”  He taps his fingers together, expectantly.  Reaching into your bag, you open a carrying case for various parchments, handing them in the direction of the squat man.  His grin widens as he gracefully accepts the documents.  Scanning them in rapid pace, he quickly jumps between pages of notes.  “Ah, this will do well.  First edition notes from the bard.  Let me offer some fine bits of my own in return.  And mark my words, we are safe from interlopers.  Do not fear these secrets being overheard… save for by his highness.  That isn’t an issue, is it?”

Author’s Note:  Am I done with Ramon?  What does the future hold in general?  I’m still not sure with either.  In the meantime, let’s return to various domains of dread.  And with that, plenty of secrets and rumors!

END_OF_DOCUMENT_TOKEN_TO_BE_REPLACED 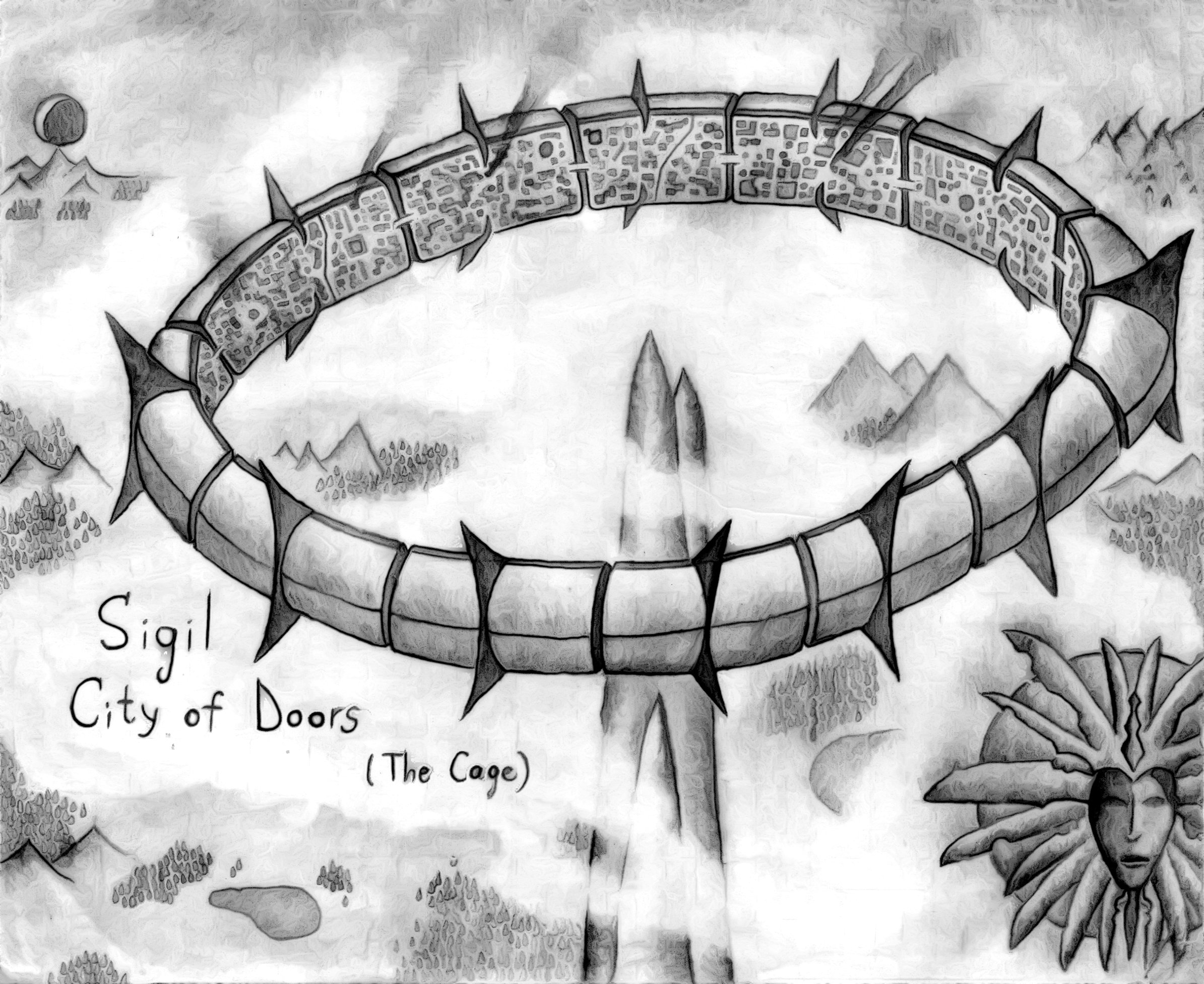 Hark, fine scholars, bookworms and those who crave knowledge!  Boskov’s Books has a sale unlike any other.  Gain the recipes of the Gold Bariaur Inn, read thrilling works written by well-known factotums, be the first to buy the collected lectures of Ramon DeLeon!  Only here, only at Boskov’s Books!  – A crier, advertising a book sale in the Clerk’s Ward.

Boskov is best of house spirits, here to serve you, discerning book seeker!  Why is Boskov Boskov?  Simple, original owner of book store, also called Boskov, bestowed name before death!  It was most sad, but the duty of the store continues!  What is the book you are doing the seeking for?  Boskov can find it with no time spent!  You heard of the sale, have you?  Luckily for you, gracious patron, there are many excellent titles for next to none.  Among them is an exclusive title that the store are premiering, many weeks ahead of the competition!  This is because Boskov has exclusive connections with a printing press in the Lower Ward.  Let’s say that both parties using knowledge to liberate an ignorant multiverse, views align and whatnot!  But, you are obvious well read, fair traveler!  You may think, such mannerisms and speech patterns are befitting of other great sellers in the Cage and beyond!  Very astute!  Boskov helped within the house of the Merchant Zam’Dul too!  Such service inspired Boskov to be in charge of sales work too, much like old master!

Please, let Boskov show you some excerpts of lectures of the faerie folk!  Boskov assures, it is a great and enlightening read!  Besides, this elaborates on those lectures, new content to behold!

Author’s Note: Quite a few people enjoyed my concept for the Fey in the classic Great Wheel.  The Deep pockets of the Ethereal proved to work well.  Plus, having Seasonal creatures not too far off the Inner Planes made enough sense, in my opinion.  Anyway, I wanted to expand upon a few ideas.  A couple have stated that for a hideaway for the fey, many D&D fey races didn’t get too much attention.  And you know what?  That’s a fair assessment… Hehe.  Plus, I’m back with another quirky NPC who talks in 3rd person.  My reason for this one?  I won’t deny it, I’ve been meaning to do a monsters post based on Slavic folklore.  That will get done sooner or later, especially since one of the creatures is floating around Sigil now!  Also, the only reason I put this in bold is because anything put in Boskov’s voice is meant to be in just italics.  In retrospective, not the best idea, but oh well…  Anyway, enough bolded text!  ENJOY!

END_OF_DOCUMENT_TOKEN_TO_BE_REPLACED

UPDATE 2018 MAY: Not a fan of what Mordenkainen’s Tome of Foes had to offer?  Check out my take with “Defenders of Arborea” today!