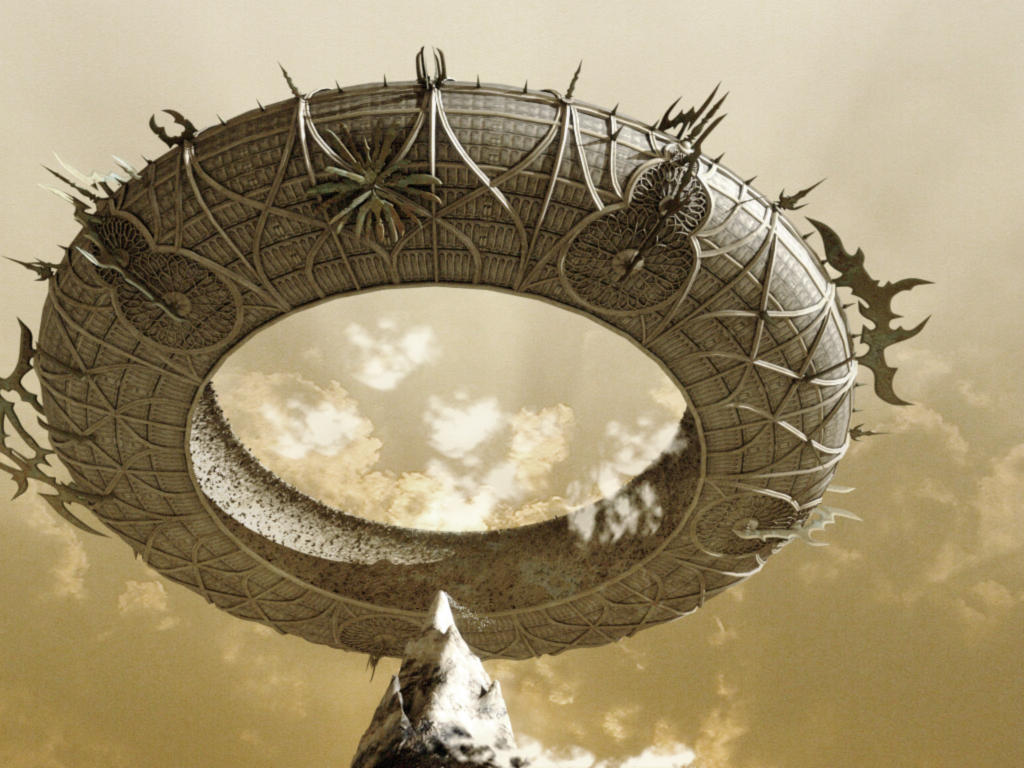 “Give ya the dark for some good jink! I know tons, lots of things about distant sights and travels. Don’t let the grungy look dissuade you, I know all about the realms beyond the cage!” – Lanky, Ultroloth-blooded Tiefling Rogue/Planar Fighter, The Hive of Sigil

I’m back at it once more, bringing in some more classic monsters of the Planescape Campaign Setting. While Wizards might eventually port all of these over, I thought I’d bring my take here in the meantime. While I’ve made a reference to the current layout, I should note that my take on Planescape looks back to the AD&D take on it, mostly ignoring any newer creations (such as Post-Spellplague Forgotten Realms, new cosmology elements a la Shadowfell and Feywild, newer takes on races like Tieflings and the like) outside of respective settings such as the Nentir Vale. But, I’ve tried to make that apparent as much as possible in previous posts.

Author’s Note: December is Planescape Month, I guess? Why? Because I love Planescape, that’s why! Also, I noticed I haven’t really tackled enough lawful monsters, so here’s some more from planes of law. Plus, I wanted the squeeze in the Hellcat and the Bladeling in last time, but ran out of time. Also, I wanted to convert a creature from the Dungeon Adventure, “Deep Freeze” (again). Enjoy! Happy Crimbo!

END_OF_DOCUMENT_TOKEN_TO_BE_REPLACED 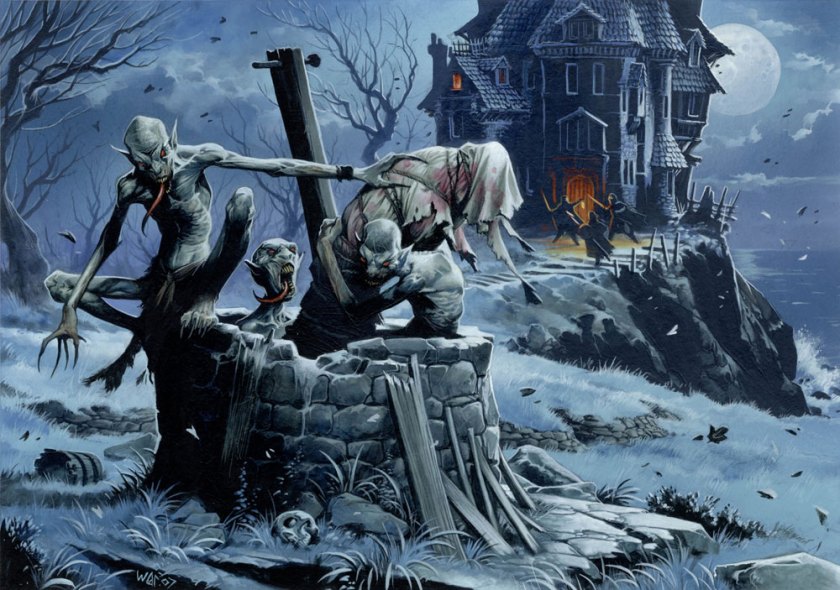 Even great evils can fall from grace or power.  However, that isn’t to say they aren’t inherently powerful beings.  In many cases, diving too deep into their tainted powers may make them stronger.  In many cases, these pitiful creatures are proof that depravities and wicked ways rarely turn out for the better.  All the same, these wretched terrors find their own boons in further exploring the path of evil.

Author’s Note:  I was tossing an idea in my head for a little bit and figured, sure why not?  By the way, the degenerated vampire might make an appearance in something else relatively soon.  Let’s just say a successor to a previous book project of mine is in the works.

END_OF_DOCUMENT_TOKEN_TO_BE_REPLACED 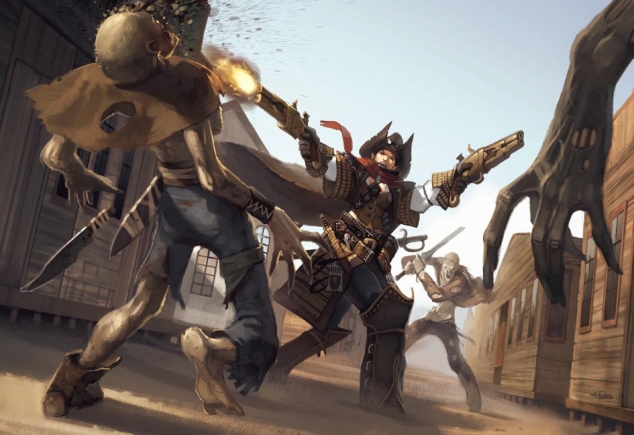 Our dusty little library ain’t much, but it’s a miracle that we can bring literature to this equally dusty frontier settlement.  All I care about is getting the know-how to these folk.  An informed folk is a healthy folk.  As it is, they keep their bodies active, nothing wrong with stimulating the mind too!  While you’re here, check out some of these accounts from travelers.  We’ve been collecting them here.  Tons of stuff on some of the fearsome critters to wander these parts…  Some even come from parts unknown!  You’re a traveler, this sort of stuff will keep you in the loop.  – Anna Von Hindervoltdheim, Gnomish librarian of Wispy Cliffs.

One need not travel far to see familiar faces out west.  Sure, they’re a bit different in many ways, but something’s kinda uncanny.  Creatures, like people, have a habit of traveling too.  One could say their ancestors might have found their way much like we did.  Lots of science folk wanna document these differences to put forth some big claim.  I dunno what it is yet, but it’s probably as odd as dinosaurs flocking to some hole inside of the world.  But hey, at least these folks don’t think the world is flat or something.  Everyone knows it’s really a cube!

Author’s Note: A lot of existing monsters, as well as creations of my own, can easily be fit into this quasi-setting/idea I’ve been playing around with.  So, let’s dive into it!  If you have any other ideas, let me know!  Also, yes I know, this isn’t really a full post from me… just a list of ideas that use existing stuff…  I promise I’ll have some original stuff ASAP!  Consider this an interlude of sorts!

END_OF_DOCUMENT_TOKEN_TO_BE_REPLACED 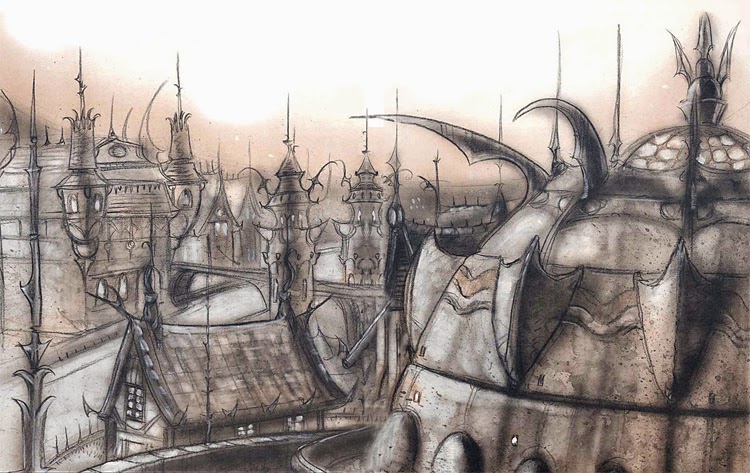 “Are you still here?  It is good to be a dedicated shopper, but closing hours draw near.  A busy body must always prepare for the next day’s wave of customers and curators.  But, Zam’Dul is patient!  You shall be helped in finding what you seek.  Rest assured, the store likely has it.  Now, do follow and be shown many fine wares!  But, please do so quickly…  Pushing customers after closing is such a bother.”

Welcome back to another revisiting of the bizarre bazaar!  As always, Zam’Dul awaits customers with a fine assortment of majestic and obscure magical treasures.  Sure, he’s looking to close down for the night, but mark my words, he has plenty of oddities to showcase as always!  Sure, some seem familiar, but others are new sights to behold.

Author’s Note: It’s kinda ironic and hypocritical of me.  I’m not too content with reprints of spells and whatnot in the currently-new Xanathar’s Guide to Everything.  And yet, here I am, posting updates of older items I made in the past.  Not really a statement, just an observation.  Anyway, I hope these updates address some mistakes I made in the past, while highlighting which items I really liked a lot!

END_OF_DOCUMENT_TOKEN_TO_BE_REPLACED 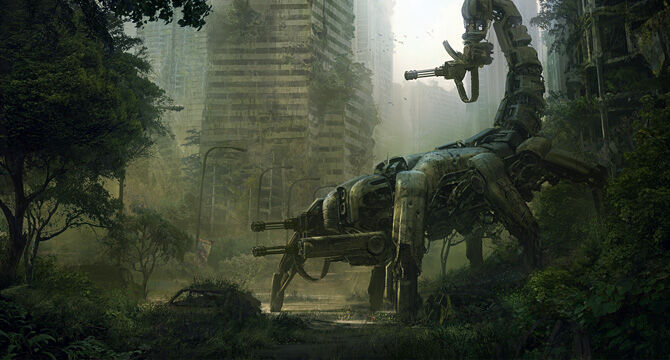