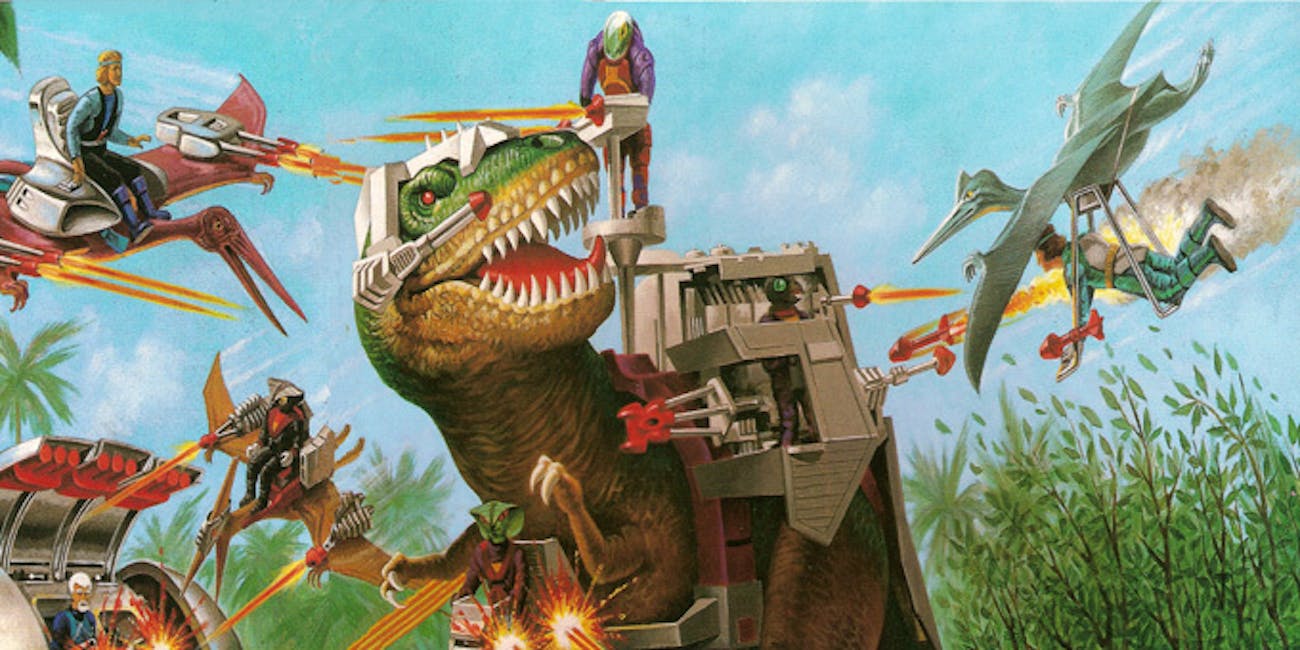 Artificers were tasked with an artistic representation of the harness.  They took many creative liberties.

The Halflings of Talenta Plains have become renowned for their incredible ability to handle the most savage and primal of beasts. While originally meant for dinosaurs, these items have since been modified for other creatures.

While a beast is wearing the harness, they gain immunity to the frightened condition and end any currently active fear effects.  Furthermore, Wisdom (Animal Handling) checks with them are made with advantage.

A bit of an odd work from House Cannith from before the Last War.  Whether it was made with practical purpose or something more personal is lost to history, like many facts surrounding the Last War.  But, what exactly is it?  Simply put, it was a battle hammer modified to do incredible works of artifice.  While it resembles some works of dwarven craft, it was made with human hands.  When used alongside other tools for projects, creators found themselves greatly inspired to do better, to be better!  It hasn’t helped Zam’dul make better pitches though.  Well, not yet!

After completing attunement, the crafter gains a powerful insight into not just the world around them, but artifice potential.  The attuned user may cast the Guidance cantrip, at-will.  They may also cast the Skill Expertise spell three times per day. After all uses have been expended, the hammer regains its charges after 1 day.

Likewise, they gain doubled proficiency while using  Tinker’s Tools.  Alternatively, another type of Artisan’s Tools may be substituted, with DM’s permission.  If you gain Tool Expertise via the Artificer class, you may instead select another tool that you are proficient in.

Ring of the Silver Flame

What is the Silver Flame?  The denizens of Khorvaire will attest it’s a force for good.  As for their church?  Many are skeptical.  This ring was given to members of the church who had proved that their mission matched theirs, whether that be purging dark horrors in the world or going on some crusade to banish what they deemed bad.  Zam’dul does not get involved in religious politics, especially on a world where divine forces are ambiguous!

A gem with the emblem of a divine light etched into it is cradled in a golden ring, crafted with utmost love and attention.  It seems to radiate a divine heat to it, making it warm to the touch.  Those who typically wear such ring are devoted to the holy cause of The Church of the Silver Flame.  In fact, many ranking people of note (including the Pope of the church) are said to have rings themselves.  While many choose not to wear them (as the tradition is meant to help neophytes on their journey), they still remain attached to them.  It is likely that this one was separated from its original owner.

You are capable of conjuring divine flames to smite blasphemous foes. Choose one of the following cantrips, it may be cast at-will: Control Flames, Create Bonfire, Fire Bolt, Sacred Flame, Word of Radiance.  The ring also contains 4 charges to it.  The following spells consume 1 charge each: Armor of Holiness*, Burning Hands, Divine Favor, Fiery Rebuke**, Guiding Bolt.  Once all charges have been used, the ring goes inert.  After a long rest, the ring regains 1d4 charges.  These spells can only be cast at level 1.  The casting stat for the ring is either choice of Intelligence, Wisdom or Charisma.  Once chosen, it cannot be changed while the user is attuned to this item.  If the user already casts spells, these are not added to lists of spells already known, but are independent.

* Spell functions as Armor of Agathys, but deals radiant damage instead.

** Hellish Rebuke, minus the infernal flavor.

This was found on the body of a slain adventurer.  Despite how they appeared in battle, they weren’t really a Shifter, just someone enchanted by an item’s effect.  Bandits must have gotten to them or some mob.  It could be likely that either was by the Church of the Silver Flame, but such thoughts are conspiracy.  No matter, these necklaces were originally created in the Eldeen Reaches by communities of Shifters who wished to bring acceptance in a simple way, sharing their gifts.  Those performing these deeds are however very idealistic.  Powerful druids worked with crafters to create these beauties so that anyone who dons them can also be like the Shifter as well.  To those who wear them, they think of it as some symbol of solidarity against what they feel is oppression.  Zam’dul cares not for the Church of the Silver Flame, but perhaps Zam’dul doesn’t deal with the worst of what the church as to offer either.  However, wearing one of these in their presence is pure madness.

Attunement can range from 1 minute to even several days.  Simply, the act of befriending a Shifter is enough.  Upon attuning, the user gains the ability to shift, as if they were a member of the race.  Furthermore, they must choose a sub-race, whose shifting feature they gain when activated.  As a bonus action, the attuned may shift and become a bestial version of their own race.  This ability works exactly like Shifting, but you do not gain the base Temporary Hit Points found in the main racial ability.  (However, Beasthide still does grant 1d6 temporary hit points).  Non-Shifters will assume that you are a Shifter, yourself.

Are you a dreamer?  I don’t one mean who ponders ideas, I mean one who travels into the realm of dream!  If not, this is no problem.  Long have mages and alchemists conceived multiple solutions to pierce the veil into the realm of dreams…  Or rather, long have they tried to willingly go and stay in control.  Dreams are chaos, random thoughts given life in an entire plane all its own.  One such traveler found a way though, by concocting a powerful solution.  Using pure elemental essence of dream, one can drink it and wield powerful dream magick!  However, there are denizens within the Dream that don’t take kindly to this.  Should you not want to use its magicks to its fullest, it can certainly provide help with the greatest sleep you’ve ever had!  Careful though, Dal’Quor is a dreadful place.  Dream too far or use too much and you could doom a mind in it!

Inside a set of vials is a salve that glimmers like a twinkling sky, swishing back and forth like waves.  This fantastical solution has a truly cosmic feeling to it.  That is because it is raw energy harnessed into a powerful formula.  This energy comes from the minds of dreamers as they sleep, which this vial is enchanted to sample from.

As an action, the salve can be used in multiple ways, as detailed below.  This salve may be used once.  However, it replenishes itself after a 24 hour period of inactivity, as it samples its power from minds connected to The Dream.

<IMAGE REDACTED BY DECREE OF ZAM’DUL>

Stolen magic of Karrnath, appropriated tradition of Xen’drik Catfolk and various druidic sects, result in the making of this dark mystery.  All information lost, even though it was made well after the Last War came to an end.  All that is known is the legend of its creator.  And by all means, this perverse creation of magical mixture is truly a legend.  Besides its origins of melding ideas into the impossible, it was utilized by a particularly mad artificer that somehow earned his keep within Karrnathi culture by altering and augmenting their living dead.  Upon perfecting this however, things turned strange for the tinkerer.  He was secretly a sadistic murderer who liked to harness spirits and corpses for all sorts of experiments that the most callous and hardened of Karrnathi would find grotesque.  Among his victims were countless stray cats that he picked up for magical tests.  Spirits of Cats began to haunt his dreams after a near-fatal accident.  As he became more reckless from his artifact’s power, the hauntings grew worse, violent even!  Eventually, the staff became inert and an advisor for the royal court discovered the corpse of the craftsman.  He was covered in swiping claw marks all over his body.  However, nothing appeared to break into the laboratory.

For a while, it was in the custody of a well protected vault.  However, a particularly daring heist brought this wondrous staff all over the world; each user suffering a grim fate in due time.  Zam’dul does not know why this one is available.  It’s a bit heinous, but do you think you can keep it safe?  And dare I say, put it to actually good use?  Unlikely, but a sale is a sale.  But, should you turn evil and find a way to fend off the phantoms, do not return to Zam’dul… especially with any law enforcement.

The staff is made of a fine treated oaken wood, shaved down towards the top and given a color coat akin to dried blood.  Affixed on top is a metallic ornament in the shape of multiple cat-like heads.  In the center of the head circle is a gem that emits a cloudy look.  The more the staff is used, the more violent the cloud image is.

This staff has 9 charges.  Every time the attuned character would drop to 0 hit points or be killed by either damage or an effect, they instead return to 1 hit point and may also spend hit dice as a reaction.  This spends 1 charge for each time this happens.  After all 9 charges are spent, the staff becomes inert for 9 days.  The same person can’t attune to it again to use the charges.

CURSE.  Upon becoming attuned to the staff, the user is marked by a terrible curse.  As long as they use a charge from the staff, a malicious Phantom Cat is created from a nearby slain feline creature.  It materializes within 60 ft. of the wielder of the staff.  These Phantom Cats use the stats of Avatar of Death from the Death of Many Things (See Also: Dungeon Master’s Guide).  However, each phantom reanimates 24 hours later and knows the location of the cursed at all times.  They will do all in their power to relentlessly pursue and kill the staff’s wielder.  They can only be permanently killed after the user themselves is killed.  Severing attunement does not end this curse, nor does Remove Curse.  Only high level magic like Wish can truly end this haunting.  Likewise, should the user be killed by a Phantom Cat before then, they cannot be revived outside of using a Wish spell.  In addition, defeating or killing a Phantom Cat does not grant experience points.