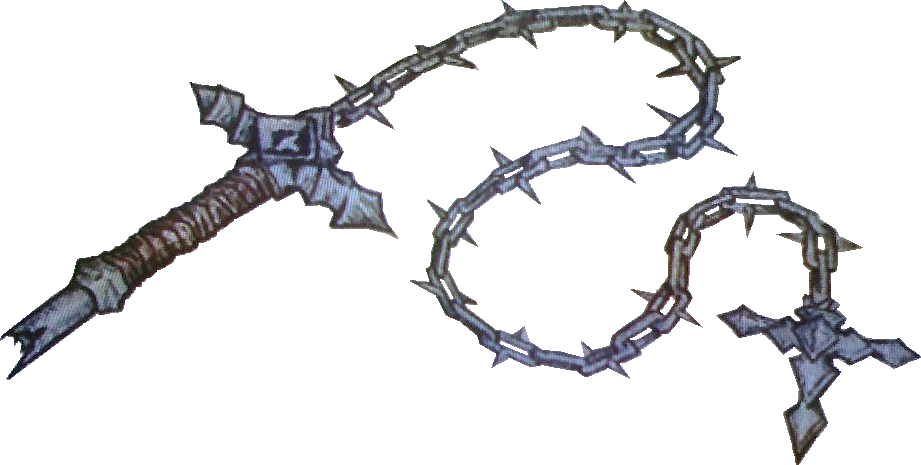 Traveler, this is a weapon fit for slaying a beast or the living dead!  What looks like links and a dagger transforms at the swing of an arm.  It was forged by a powerful monster hunter…  Though, Zam’dul hasn’t heard from him in a while.  No matter, with the proper motion, a dagger drags the whipping chain over to its target, slamming or stabbing the enemy foe.  Plus, being crafted in divine touched silver makes it especially potent against vampires!

The Holy Scorpion is an enchanted weapon that functions as both a whip and a dagger.  It has a reach of 10 ft. and is also silvered.  The dagger can be swapped out for another magical dagger, gaining its properties as well.  The weapon as a whole requires attunement, should the dagger have that same property. 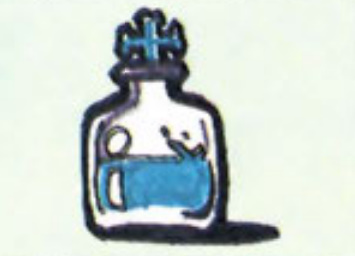 Crafted by priests and alchemists in a sanctioned collaboration, this weapon is meant to be hucked at an unholy foe.  Upon contact, it releases a blast of water that was consecrated by divine power.  The wretched thing burns, as the water turns into a damaging radiant light!  How did a creation of the church wind up in this caravan though?  Well…  Indirect friendship through other associates.

As an attack, this item can be tossed up to 20 feet away.  Upon landing, each creature within 10 ft. must make a DC 15 Dexterity saving throw.  Upon failure, they take 21 (6d6) radiant damage.  Upon success, they take halved damage.  Fiends and undead make this save with disadvantage.  Furthermore, a field of radiant light remains in the area for up to 2 more turns before dispersing.  Any creature that starts or enters the area must make the saving throw.

Graceful like a breeze, deadly like a hurricane.  A balance of beauty and raw power.  Gaze at it from a short distance.

A weapon that almost literally strikes as fast as wind.  Legend tells of a group of ancient sages who had the ability to imbue weapons with incredible swiftness, slashing into foes with the forces and timing of a rushing gust.  While not shamans of the elements or druidic priests, these wise scholars were at one with the elements in other ways.  However, inquisition campaigns have resulted in their creation method becoming a well kept secret.  Few know if these sages still exist.  However, this blade still does.  May you take down foes with blinding speed!

This weapon is a light, finesse weapon, dealing 1d8 slashing damage.  It functions as a +2 weapon as well.  While attuned to this weapon, you may take an extra attack action with this weapon.  Upon expending this feature, the user must take a short rest before using it again. 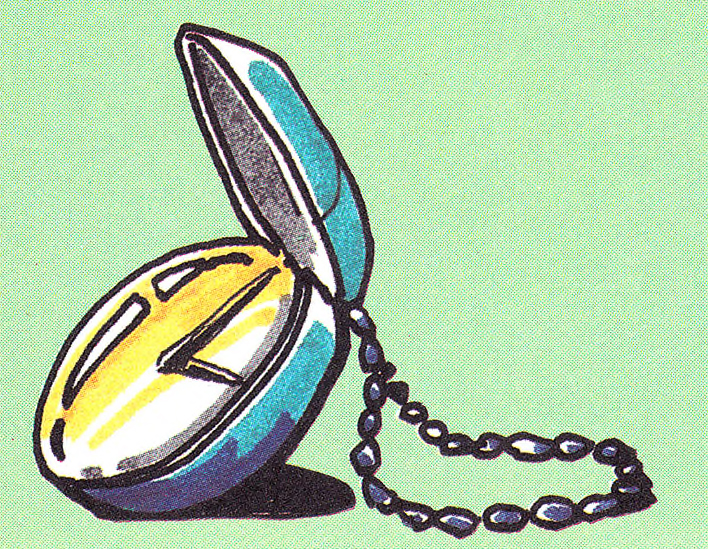 Some sort of pocket watch, yes?  No.  This Stopwatch holds incredible powers over time.  However, it’s power is quickly fleeting and temporary.  You become the only moving force in reality.  Don’t abuse it too much though, time must spiral out of control and you might very well lose your own time!

What used, this watch has the power to briefly stop time, until proper action is taken.  Until then, all things are frozen in place, save for the user of this watch.

As an action, you may activate the watch’s effect.  This effect works like the Time Stop spell.  However, the other rules of Time Stop apply, such as casting specific types of spells.  This effect may be used up to three times.  After all charges are used, the user must wait 24 hours.  For each allotted time passed, the item regains 1 charge until it regains up to 3 charges. This is a powerful scroll that unleashes furious wrath upon the forces of evil.  Use it wisely, for the scroll itself cannot handle its power once unleashed.

An ornate scroll has a very specific pentagram like shape inked into it, with a variety of glyphs and sigils throughout.  Upon being activated, it glows as if it’s ready to fulfill its purpose at any moment.  The aged paper seems enchanted for the purpose of smiting evil.

The user may take an action to activate the scroll.  All creatures hostile to the user, within 30ft. of the user, must make a (DC 20) Wisdom saving throw.  Upon failure, they take 44 (8d10) radiant damage.  Creatures with the aberration, fey, fiend or undead types make the save with disadvantage.  Creatures that make the save take halved damage.  After being used, the scroll crumbles into dust.