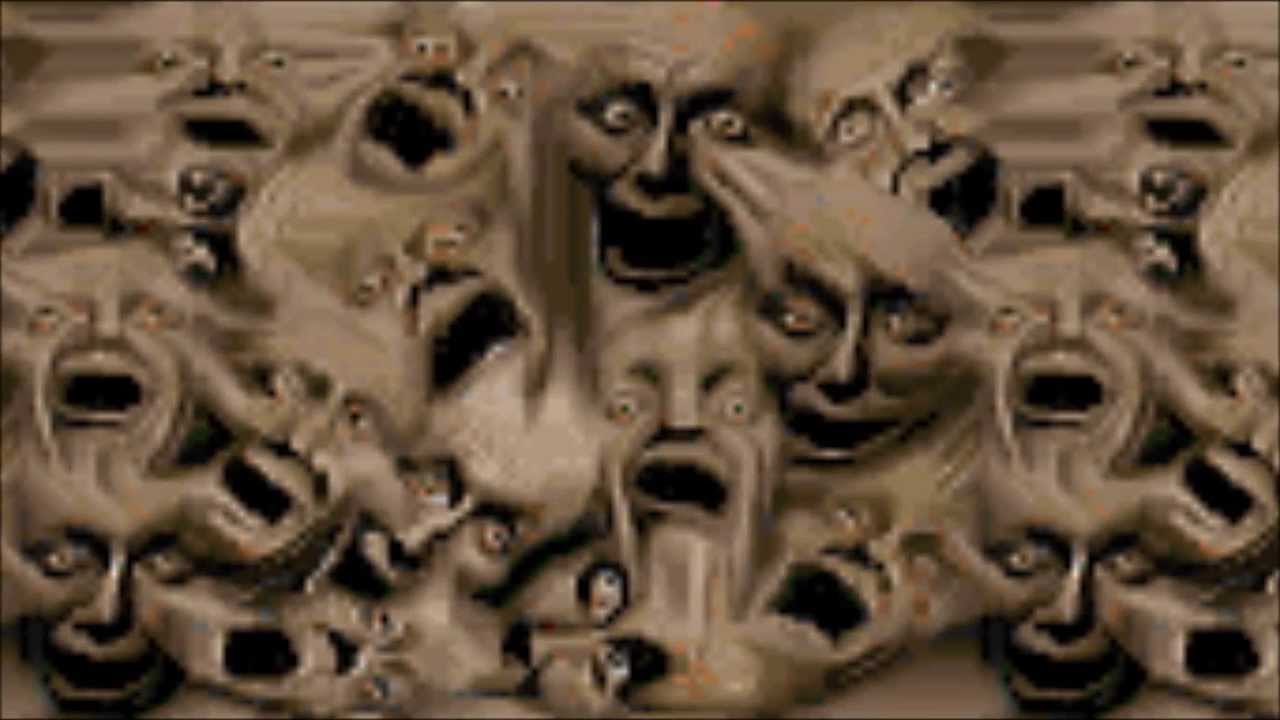 Unification.  Usually, this concept is seen as a positive.  Coming together for a common cause.  However, not all things use it for the betterment of all life.  Some use it for the betterment of themselves, sometimes to literally propagate themselves; an all out cosmic domination campaign.  For survivors sane enough to resist its curse, they will recant tales of an entity more than capable of unraveling all reality… and rebuilding it in a gruesome image.

Despite hailing from some alien dimension, accessed through planar loopholes and demiplanes, this entity is not driven by chaos or randomness, as we might assume.  Scholars believe that this thing has taken interest in our takes on law, order and of course unity.  However, it strives to perfect it.  To material plane minds, the result is a sickening perversion that inspires madness and revulsion.

Author’s Note: The culmination of all sorts of cosmic and body horror.  Here are a few powerful creatures that could make for some truly horrifying end game baddies, short of an elder god itself.  Mix a little Dark Souls, Halo, Innistrad and Warhammer 40K and you have these abominations.  Also, I realized that my homage to Hanweir is quite similar to Kor-Artificer’s.  Great minds think alike, I guess.  Either way, I can certainly say that I’ve created one of he most horrifying things I can imagine.  All for a part of the Unity!

Writhing, twisted flesh.  Despite looking like a chaotic putty of once natural life, it moves with a distinct order and synchronicity.  Such creatures are the results of an evil hivemind seeking to compress all life into forms it can control.  Often, this amounts to deformed masses of limbs sloshing from semi-amorphous mounds of skin and bone.

Plane of Origin: Prime Material/Deep Ethereal/DIMENSION-UNKNOWN.  Forces from beyond love playing with feeble mortal minds.  Some are more direct and malicious than others.  For some, it’s about power.  For others, it’s about influence.  For the rest, it’s pure primal fear.  The Unity not only believes in all three, but aspires to create a utopia of one being united through the bodies of all beings.

Assimilative Healing.  When a target is “assimilated” into the Unity Conglomerate’s body, it regains 11 (2d10) hit points.  Any lost limbs on the unity regenerate as well.

Encroaching Hive Mind.  The Unity Conglomerate has advantage on saving throws against charm, fear and other related effects.  Upon success, it may use its reaction to turn the effect against its user.  Should they fail, they are treated as if the unity used that effect on them.

Magical Semi-Immunity.  The Unity Conglomerate has advantage on saves against magical effects and spells.  In addition, should it success a saving throw, it takes no damage from that effect or spell.

Meld Victim.  As a bonus action, the Unity Conglomerate can take one unconscious or slain creature and attempt to assimilate it on its turn.  Doing so will kill a living creature.

Multiattack. The Conglomerate may attack three times per round.

Tentacle.  Melee Weapon Attack: +7 to hit, reach 10ft., one target.  Hit: 13 (2d8 + 4) bludgeoning damage.  The target must succeed a DC ## Strength saving throw or be restrained.  If targets are grappled by more than one tentacle, they attempt the escape action with disadvantage.

Apostle of Many Hands

Forged from a congregation of the devout to a wretched cause.  These former devotees gave up their bodies to the cause of unity.  Their vile deity honored their wish by merging them into an unspeakable blasphemy that it operates.  Writhing arms and tentacles whirl and lash against the unworthy, in hopes of defeating them and adding them to the collective.  Judging by its bulk, it has already succeeded on prior rampages.

The Apostle uses the Unity Conglomerate stats, with the following changes.

The Town that Walks

What was once its own township has been co opted by some sort of unspeakable and dark force.  The very rock and soil, the bodies of mortals, the materials that built streets and homes; melded into a single mortifying being.  It is a creature of flesh, earth and constructed material; melded by an abominable psychic power that binds it all together.  This new massive monster is united under a hive mind, of a creature not of this reality.  Under the dark will of its new master, the walking town exists to perform two functions: conquering and harvesting.  This is the ultimate form of the hivemind…. so far.

Plane of Origin: Prime Material/Deep Ethereal/DIMENSION-UNKNOWN.  It can be said that when a society becomes increasingly insular and paranoid, distant beings reach out to further stoke the flames.  In the case of The Town That Walks, psychic beings from beyond the void reached out to a particularly anxious society of collectivists.  Over time, psionic energies began to manifest and bond to the land.  The people became more motionless and unified, the people eventually became one.  In time, the land itself also became one.  This unholy unity resulted in a massive mobile machine built for consumption, built for war against the mortal realm.

Assimilation.  A creature is consumed and melded into the massive walking town.  When a creature is merged with the Town through the Harvest attack action, the Town regains 22 (4d10) hit points.

Legendary Resistance (3/day).  The Town that Walks can choose to succeed a failed saving throw.

Massive Horror.  When a creature first makes line of sight with the Town that Walks, it must make a DC 25 Wisdom saving throw.  Upon failure, the creature becomes frightened and must use its turn to move as far away from the Town as possible.  In addition, the creature gains a Short-Term Madness effect.  Furthermore, enemies of the Town cannot grant advantage through flanking.

Magical Semi-Immunity.  The Town has advantage on saves against magical effects and spells.  In addition, should it success a saving throw, it takes no damage from that effect or spell.

Magical Weapons.  The Town’s attacks are considered magical in nature.

Multiattack.  The Town that Walks may attack up to 4 times.  In addition, it may use Harvest up to two times against a creature it has slain or grappled.

Pummel.  Melee Weapon Attack +17 to hit, reach 20ft., up to three targets that are within 5ft. of each other.  Hit: 36 (5d10 + 9) bludgeoning damage.  The targets must make a DC 25 Strength saving throw or fall prone and become incapacitated until the start of their next round.

Harvest.  The Town that Walks can attempts to bring a creature in its grasp into its collective.  If the creature is alive, it must make a DC 25 Constitution saving throw or take 22 (4d10) bludgeoning damage.  Creatures brought to 0 HP by this ability are affected by Assimilation.

Dark Choir of the Unity (1/day).  The mouths of controlled bodies sing praises to the dark god that bound them together.  A maddening cacophany can be heard for up to 200 ft. away from the creature.  All creatures within range must make a DC 22 Charisma saving throw or take 130 (20d12) psychic damage.  Creatures that are brought to 0 HP from this ability are dominated under the creature’s control and restored to full hit points.  They will do whatever they can to unite with The Town That Walks, activating the secondary effect for Assimilation.  However, they will attack any creature that prevents them from getting to the Town.  If the Town is slain, creatures dominated in this manner fall dead.

Magic Consumption.  The Town that Walks may use its reaction against an oncoming spell attack.  The responsible magic user must make a DC 22 Intelligence saving throw.  Upon failure, the spell attack is diffused.  Upon success, the spell acts as normal.  If used against a cantrip that allows for multiple attack rolls (such as Eldritch Blast), the initial save ends all attack rolls if failed.

Lowly minions of the Unity.

More advanced warriors in service to the hive.