Oooooh, how did this get here!? Zam’dul can get in trouble for having this. The bag and its contents, heavily discounted for your friends! This was a bag of magical powdery dust taken from the Society of Sensation and banned by the Harmonium. The substance allows you to experience things through the eyes of another… Careful, it’s very addictive.

In an innocuous looking bag contains a sand-like dusty powder inside, enough for 1d4+4 uses. When consumed or inhaled as an action, the user goes into a trance-like state. Within their mind and general perception, they have been transported to the life of another. The experience latches onto a general idea or concept, but will never give you a specific person. The user is placed into a coma that lasts up to 8 hours. Creatures that cannot be poisoned are not affected. While in this coma state, the user can experience all senses of their effective host, as if they quantum jumped into their place.

However, as the effect ends, the user must also make a DC 14 Constitution saving throw. Upon success, the DC is increase by +2 for each time the user tries it again until they fail. Upon failure, they have become addicted to this substance. For every 24 hours they go without taking it, they must repeat the current Constitution saving throw DC or gain a level of exhaustion that’s dispelled when they gain more.

NOTE: This is an illicit substance. Owning it can lead to many complications.

Yes, Zam’dul realizes that it looks silly. But, with it, the user may call forth a miniature spelljammer to fight by your side! Is the ship and its crew alive? Is it all just one construct? There are no answers to these questions. However, you gain the power of guiding them to victory. Plus, they’re usually loyal in protecting you.

A garish round helmet with a bulky neck piece sits firmly upon the shoulders. When the user is attuned, the antennae attachments vibrate, as the light on neck of the helmet begins to blink. Through some sort of voice module, the user may call out “Spelljammer” to bring forth their miniature companion.

After attuning to this item for 8 hours, the user may use an action 1/day to summon the miniature spelljammer. It appears within 5ft. of them in an empty space. The spelljammer can come in a variety of shapes, however the size will never be above a small toy size. It can also carry up to 20 pounds of objects. The spelljammer lasts for 1 hour before vanishing. This item cannot be used again until completing a long rest. Should the miniature spelljammer be destroyed beforehand, the user may conjure another one after 24 hours.

More of those newfangled fire arm whosits… Still not a weapon of choice for Zam’dul, but they are more popular lately. It strikes Zam’dul as funny that many oafs think these devices “misfire”. Zam’dul sells quality, not mere toys! The nerve of such people! 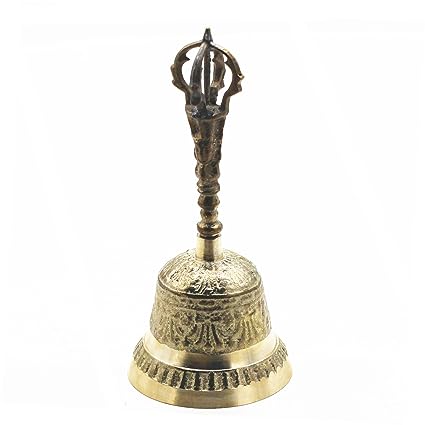 A nice and small hand bell. All those weird engravings? Made for it to do its special trick. Sure, a well placed spell or planar traveler is good too, but you can endlessly ring a bell like some crazed donations seeker! Isn’t that fun? The sound gets louder the closer you are to a portal. Careful, playing too long will drive those around you mad!

A brass bell, small enough to be held and rung in one hand. It has multiple runic and symbolic engravings throughout. It creates a distinct ring when activated through the thought of portals.

When activated as an action, it shall ring continuously while within 1 mile of a portal. As the bell gets closer, it rings louder. Upon being next to a portal, the bell shall continue to an alarming and distressing volume. However, thinking about silence will deactivate it.

The Xaositects. Another reason to be out of Sigil! Anyway, Zam’dul obtained a ring from some stranger who “gave them the laugh” as the locals say. Needless to say, you’d have to be a real “barmy” to consider using this!

This silvery ring bends and twists in strange ways. Even the gem in the center has a morphic “a la Limbo” quality to it. This strangely formed ring sings to scream and howl like the winds of Pandemonium when attuned to, granted madness inducing powers in return.

After spending an hour to attune, the user is filled with a rush of insanity and chaos; the incoherent discord of the Chaosmen themselves! The user has advantage on all saving throws against charms and fear effects. Also, this ring has 10 charges, which can be spend while attuned to and wearing the ring. Using the charges, you can use one of the following spells, using your spell save DC:

The ring regains 1d6+4 expended charges at the start of the day. If the last charge is used, roll a d20.

CURSE. Upon completing attunement, you suffer the effects of an Indefinite Madness effect, as found in the DMG. And, when rolling a d20 after the last charge is spent, a natural 1 causes the ring disintegrates and the user suffers another Indefinite Madness effect in addition to the previous one. This second madness effect cannot be removed without a Wish spell or greater aid from a divine source, even if the user ceases to attune to the ring’s remaining power. 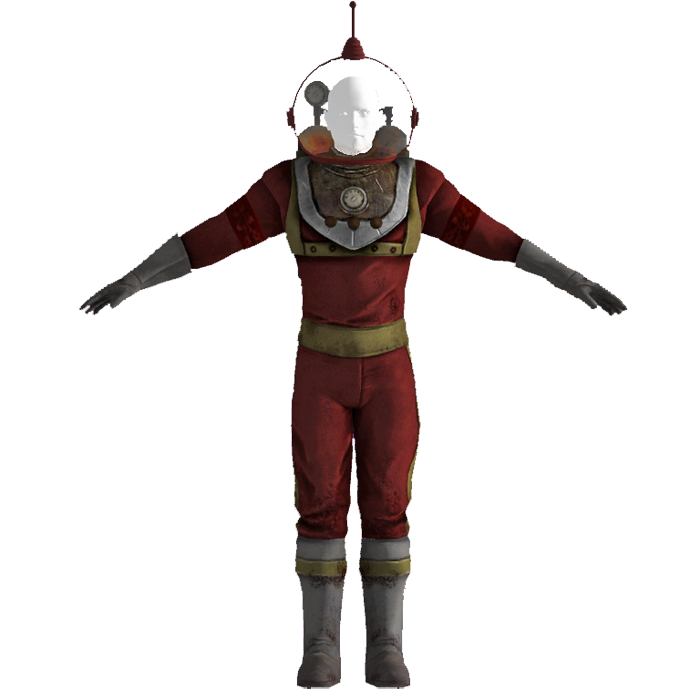 Flexible, functional and most likely fashionable! Anyway, this suit is built to help the wearer endure the brunt of Wildspace. It is very much a prototype, alongside the rest of its series. Mad artificers hailing from Krynn, Khorvaire and Mystara have poured countless hours and ideas into the building of this very strange looking thing.

A red and flamboyant suit is equipped with a variety of complex devices infused with all sorts of mystical powers. When activated, various functioning bits glow and hum, as the user is able to breath in the otherwise dull emptiness of wildspace. This suit otherwise functions as +3 studded leather armor.

As an action, the user may activate the full functions of the suit. The user can breathe out in the depths of wildspace, as if they were in a normal environment. In addition, 1/Day, the suit supplies a variety of nutrients that supplement one meal as well as sustain thirst levels. In addition, an attuned creature gains both a swim speed (which can be used in Wildspace) as well as advantage on checks to “swim” through the environment, as well as saving throws against enduring extreme pressure, such as from gravity or tight spaces.

However, this suit cannot protect from certain outside threats; such as an Infinity Vine or Space Worms. In addition, the nutrients from the suit are basic and only supplied once per day, so malnutrition is still possible.