While Alza’um secludes itself in secrecy, the land is still quite populous.  While the population is predominantly made of humans, gnomes, dwarves and even ratfolk; it’s still bristling with its own unique vibrancy and charm.  Much like the machines that operate on clockwork, so do the denizens.  Life is a chaotic schedule balanced under the facade of order.  This insular technical revolution is made under the assumption that the outside world isn’t ready, but they’re more than enlightened.  Whether this is truth or unaware foolishness hasn’t been determined yet.  Either way, strange adventures and even stranger locals await those granted the proper access.

Author’s Note:  It’s a pun!  But seriously, I felt like I was leaving out a lot of goodies.  At some point, I’ll want to flesh this out for say an OGL product or something, once I can get help with maps, layout and artists eventually.  In the meantime, here are some underground dwellers of this outlandish city of high magical technologies.  Of course, many can be repurposed for more steampunk oriented games.

You have a network of artificers that are friendly to you and your projects.  All the same, you are aware of rivals that are eager to steal your blueprints for their own game.  You can procure a safe space to work on your craft, while providing shelter for your allies, with greater ease.

Creatures of eternal woe and suffering.  They were the unfortunate souls who failed to pay off debts in lifetime.  Their souls were bound to construct machines, so that they may serve as both an example and a private arm of the law.  Driven mad by their desire to earn final rest, these augmented undead take their assignments to a grueling extreme.  Even petty crimes are met with utmost hostilities by these beings.  In the end, they believe that appeasing their “re-inventors” at an accelerated pace will earn them final rest.  Some blame their evil side on the dark magic that created them.

Fire and Fury.  The Debtor’s Prison radiates a horrific aura of hatred and flames.  Any creature that starts its turn within 5 ft. of the debtor’s hell must make a DC 18 Intelligence saving throw or take 2 (1d4) fire damage and 2 (1d4) psychic damage.

Multiattack.  The Debtor’s Hell can attack with Fist of Fire twice per round

Bathe in Flames!  All creatures within a 20 ft. line are engulfed in a jet of flames.  The target creatures must make a DC 18 Dexterity saving throw or take 16 (3d10) fire damage.  A successful save halves damage

Your death frees me!  Upon dropping to 0 hit points, the creature’s reactor explodes in a dazzling display.  All creatures within 10ft. must make a DC 18 Dexterity saving throw or take 7 (2d6) piercing damage and 7 (2d6) fire damage. 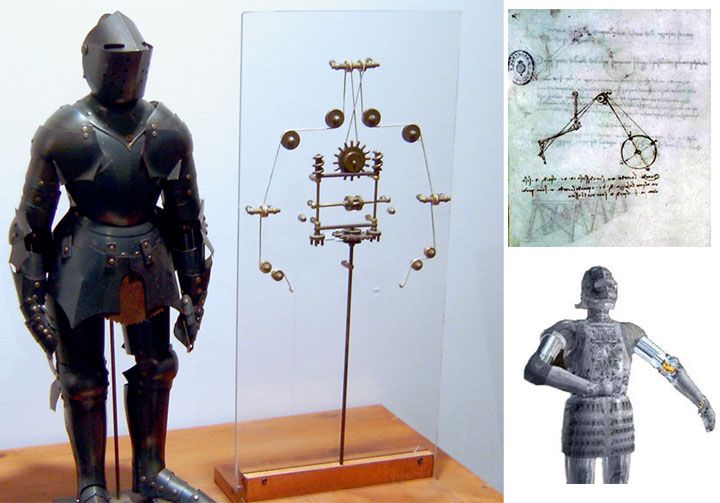 Mechanical knights, designed from the various mixture of cultures that helped to build such a city in the first place.  No matter the origin, these creatures were conceived as a paragon of virtue and civility within the city.  Even if the residents fail to obtain a status of just and orderly behavior, these beings do their best to exist as role models for the ideal citizen.  However, while good as a security force, they weren’t made with lethal force in mind.  That isn’t to say that they’re incapable though, as they often travel in multiples.

Languages understands Common and one language spoken by its creator

Electrical Malfunction.  When hit with lightning damage, the construct must make a (DC 10) Constitution saving throw.  Upon failure, it makes attacks at disadvantage and has its speed halved for until the start of its next turn.

Machine Form.  Specialized constructs are immune to diseases and any spell or effect that would alter its form.

Sturdy Build.  The Protector has advantage on saving throws against spells and effects that would forcefully move or known down the creature.

Multiattack.  The protector may attack twice per round.

Stun Rod.  Melee Weapon Attack:  +6 to hit, reach 10ft., one target.  Hit 6 (1d6 + 3) force damage.  The target must make a DC 14 Constitution saving throw or become incapacitated and have their speed reduced to 0 until the start of their next turn. 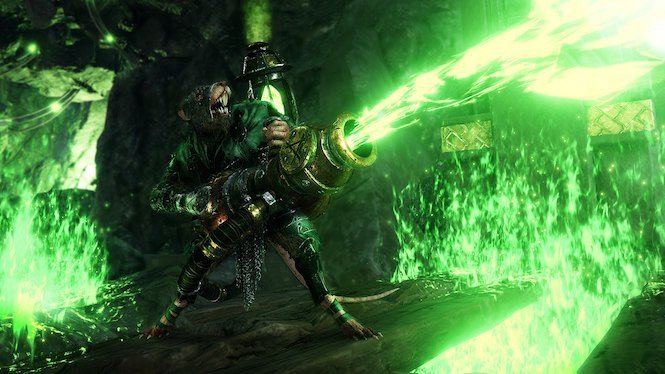 Upright rat creatures roughly shorter than dwarves.  Survival in tight spaces and communal warren life carried over from their feral ancestors, but they are far from unintelligent.  Many have taken to levels of weird science only dreamed of by other humanoids.  This is even more so true, due to their tolerance of wicked poisons and deadly disease.

Retreat!  Ratfolk may use a bonus action to dash or disengage.

Tight Squeeze.  Ratfolk may maneuver in extremely cramped surfaces, as if they were tiny creatures.

Eerie mystics driven by a sense of tradition, spiritualism and faint revenge.  These channelers of distant power usually seclude themselves to distant pockets of the warrens.  Some take a more active role, such as plotting sabotage against the machinery above them.

Modify the monster with the following:

Apply Ratfolk traits over the Chymist or Mechanist NPCs.

Radical activists moving against the state and the corporate machine, so to speak.  Many just care about freedom from a restrictive way of life, while others revel in sparking chaos.  Many sport intentionally intimidating garb.

Languages Common, up to two other languages

Double Life.  The anarchist has a “public persona”, while they plan their actions.  Treat this like the Charlatan’s False Identity ability, as described in the Player’s Handbook.

Sneaky Moves.  An Anarchist can use a bonus action to take the Dodge action or to take the Hide action.

Either a member of a local alchemist guild or a simple creator in traditional magical arts.  They believe that dependence on technology is an ultimate downfall.  That’s not to say they’re afraid of it, but they’d rather use it when necessary, turning to their own magical studies instead.

Use the Mage NPC stats, found in the Monster Manual, with the following changes:

Master of Alchemy.  The chymist can create a common or uncommon potion, provided they have the amount of money, resources and work station to create it.  The amount of time needed to work on this potion is cut by 1/4 of the total time.  The minimum time must be at least 8 hours long though.

Spellcasting.  Replace the spells with the following:

While not true artificers, these metal craftsmen are still impressive in their abilities.  Forging, welding and constructing all sorts of metal work; they’re accustomed to scalding steam and blistering heat.  Their gear is bulky and protective, but has a habit of weighing workers down.  While ill-readied for battle, they’re still capable of self-defense.

Languages Common, up to two other languages of choice

An artificer who has specialized in techno-magical tinkering.  They believe that the best way to utilize arcana is to harness it for innovation.  They’re masters of new and incredible devices.  Some blame them for the rise of “fire arm” proliferation among various trade markets, as they feel these new devices will revolutionize fights to be quicker and less brutal, cutting down on the barbarity of war.

Drone Companion.  A Mechanist is accompanied by a drone.  Should the companion be filled, the mechanist can take a day of downtime to either repair it or assemble a new one.

Infused Attack (3/Day).  The Mechanist can use a bonus action to increase the potency of an attack through strange artifice.  When activated, a weapon of choice is imbued with 7 (2d6) damage of the following: fire, force, radiant, or thunder.  This extra damage only goes off if the attack is successful and the effect ends.

Magic Resistance.  The Mechanist has advantage on saving throws against spells and magical effects.

Master Craftsman.  The Mechanist may use tinker’s tools with doubled proficiency.  Furthermore, creations of a more mechanical or technological nature have their total crafting time cut to 1/4.

Multiattack.  The Mechanist may attack with pipe wrench twice per round.

Force Field (1/Day).  When the Mechanist is damaged, they may use a reaction to activate their force field, granting them 10 temporary hit points.  As long as the Temp HP is active, any creature within 30ft. that attacks the mechanist takes 10 force damage

Alarm.  If the drone detects any sort of distress, it can use a bonus action to sound alarm.  This audible alarm can be heard for up to 100 feet in normal conditions.  This alarm persists until the drone ends it or is destroyed.

Observant.  The drone has advantage on perception checks.