I’ve seen plenty of things in my day, but none of them involved these divines darned machines taking over the place.  I work for a living and some oiled up rust bucket won’t replace me!  I’m a representation of the great folk who live here, at least out in Cascading Ridge, a real oasis if I do say!  Now the place is probably gonna smell of bad oil.  I’m gonna file a grievance to the mayor about this.  I won’t be replaced!
– Gristle Pete, deceased cook for the Cascading Ridge Saloon and former miner.

“Shame about ol’ Pete.  But, rumor has it that there’s an order hunting down folks who steal a fine explosive powder filled with magic.  I heard Pete’s been hoarding it like something fierce.  Plus, no machine can shoot with that level of precision, that bullet hole between the eyes?  That’s masterwork!  Hmm, certainly the act of an elite gunslinger, the wound is still somewhat fresh.  I’d say maybe a couple of days old.”
– Jeanette P. Hoffman, Human Smokepowder Shootist, “Wandering Medical Examiner”.

The machines, they seem to be popping up everywhere.  As long as there’s some hack scientist with some kinda idea, something automated will appear soon after.  Gristle Pete, the saloon’s mad cook got strung up by something a couple of weeks ago after babbling about “automatons replacing him”.  Poor ol’ loon.  Plus, the owner of the bar seems a bit toooo friendly with his top of the line automaton staff, it’s downright disgusting.  Plus, you got the mechanical miners too.  Ol’ Pete used to be a miner once, ya know?  No wonder he’s paranoid.  Keep your distance from one of those wandering tin cans, if ya know what’s good.

Author’s Note: Machines, constructs, robots!  I always love crafting something like that.  Hell, I did an entire post dedicated to robots before.  Plus, what better way to celebrate the Fourth of July than with some crazy, volatile machines!

Wizards and sorcerers typically embody the magics of olden times.  Thanks to artificers and arcane tinkers, magic has evolved.  One of these new schools of magic merges the modern technology of the firearm with potent spellcraft.  The Gun-Mage is a potent force of martial might meshed with spellslinging sorcery.

Languages. Common, plus one other language.

Arcane Shot.  All firearm attacks with the gun mage are considered magical.  Furthermore, the gun mage can expend a 1st level spell slot to add an additional 9 (2d8) force damage to their attack.  The gun mage may increase this by 1d8 for any additional spell slot used.  This bonus damage cannot exceed 5d8.

Quick Shootist.  The gun mage may use its reaction to equip a firearm.  Furthermore, it ignores the loading or reload feature on a firearm as well.  Furthermore, the gun mage does not get disadvantage for making a ranged attack with their gun while adjacent to an enemy.

Spellcasting.  The gun mage merges magical talent with gun fighting.  Spellcasting functions as a Ranger of 9th level, using a modified spell list.  Intelligence is the casting stat for these spells (+6 to hit, DC 14):

Multiattack.  The gun mage may attack twice per round.

Mad?  I’ll show you mad!  Your comment makes me mad and my hyper-powered pressure blast rifle seems to agree!

Crazy Crafters.  A mad scientist will never turn down an opportunity to explore all bounds of possibility.  With trusty lab coat and goggles always available, they’re ready for another bizarre experiment!

Artificer’s Knowledge.  Upon practicing with a tool or skill for up to 1 hour, they have proficiency in that roll for the next 24 hours.

Tech Knowledge.  The mad scientist gains advantage on all checks related to understanding and using technology.

MY KNOWLEDGE!.  The mad scientist’s devices are downright absurd and alien to anyone else looking at their craft.  Each device is unique to them and only they know how it works.  It’s unlikely that players will be able to use these contraptions, should any survive the fight.  Refer to the Figuring Out Alien Technology charts (Dungeon Master’s Guide, Page 268).  Treat any leftover devices as super complex (requiring four successes).  Count any salvaged artifact as a magical item.

Versatile Technology.  The can call upon various super-science techniques and abilities listed below, having 3 available at one time.  During a short or long rest, they are capable of swapping them out for a different set.  Actions and Reactions are listed below.  At least one of the chosen abilities must be a versatile action (or attack, specifically).

Versatile Actions.  The following can be actions selected with the Versatile Technology feature.  At least one feature must be an attack.  All weapons are granted a +1 bonus to attack, which is factored in.

Versatile Reactions.  As with the versatile actions, these are available as options too.  See above for more information.

These clockwork constructs are, as the name implies, build for railway service.  For the most part, they either aid in the construction process or aid in maintenance (especially for more dangerous tasks).  While not innately aggressive, they can provide powerful security should a train be under attack or a rail camp need defense.  When not shoving coal into an engine or helping with repairs, these motorized conductor aids are also the perfect rail service companion!

Hulking Form.  The construct counts as one size larger when determining its carrying capacity and the weight it can push, drag, or lift.

Immutable Form. The locomotomaton is immune to any spell or effect that would alter its form.

Repair Bot.  The locomotomaton is designed to help maintain trains, but also other crafts.  It can make checks to assess damage and repair it with doubled proficiency.

Why ruin yourself in a mine when you can send in a clockwork buddy?  Behold, the Mechanical Miner!  These steam-driven creations are more than happy to carve through a mountainside for you.  Its propulsion drill and power pick are capable of carving through all means of earth and rock.  However, it still has a few hiccups when exposed to lightning, which is confusing for the poor critter.  But, don’t worry about that.

Languages understands Common and one language spoken by its creator

Electrical Haywire.  When hit with lightning damage, the miner must make a (DC 10) Constitution saving throw.  Upon failure, it goes berserk and uses its next turn to attack the closest creature to it.

Immutable Form. The mechanical miner is immune to any spell or effect that would alter its form.

Power Treads.  The mechanical miner can move through almost any terrain.  It ignores difficult terrain, except under extreme circumstances.

Named after the “Post-Modern Golem” from a popular story, this is the moniker given to a series of experiments that dealt with melding machine and man.  Many of the subjects found their minds collapsing under the stress, humiliation and pain that their new forms brought them.  However, they still express a strange loyalty to the scientists who rebuilt them from their frail, failing and weak states.  Many of these test subjects were once the sick and needy, as well as the criminal and discarded.  For them, augmentation was a new start at life.  Their new life proves to be unfortunately terrible, due to the callous and cold nature of both government research and private funded grants from eccentric millionaires.  Some of the machine men are unstable and violent, while the rest tend to be a bulkier and more miserable version of their old self.

Reluctant Warmachines.  The tale of Mad Adam is a tragedy.  These were once men who were part of elite military engineering corps as well as soldiers.  Horrors of warfare and innovation mangled their bodies to the point of near death.  However, new technologies gave them a second chance, as cyborg monsters.  The dark truth is that in times of emergency, their bodies are automatically launched against whatever the cause may be.  Thus, they’re forced to either help or fight off the cause of the issue.  They’re often used for sinister agenda beyond their own control.  Even in their final moments, they cannot escape pain and suffering.

Immovable. Mad Adam is immune to forced movement or being pushed over.

Immutable Form. Mad Adam is immune to any spell or effect that would alter its form.

Steam Tech Cybernetics.  Mad Adam counts as both a humanoid or a construct, depending on which is more advantageous.

Multiattack.  Mad Adam may attack up to three times per round.

Gratuitous Battering.  If a creature is knocked prone or grabbed, it may use its reaction to inflict more pain on the subject. The target must make a dexterity saving throw (DC 18) or take an extra 14 (4d6) damage.

Death Throes.  Upon dropping to 0 HP, Mad Adam can use its reaction to unleash a blast wave of electrical current.  All creatures within 15 ft. of Mad Adam must make a (DC 18) Dexterity saving throw or take 13 (3d8) lightning damage. 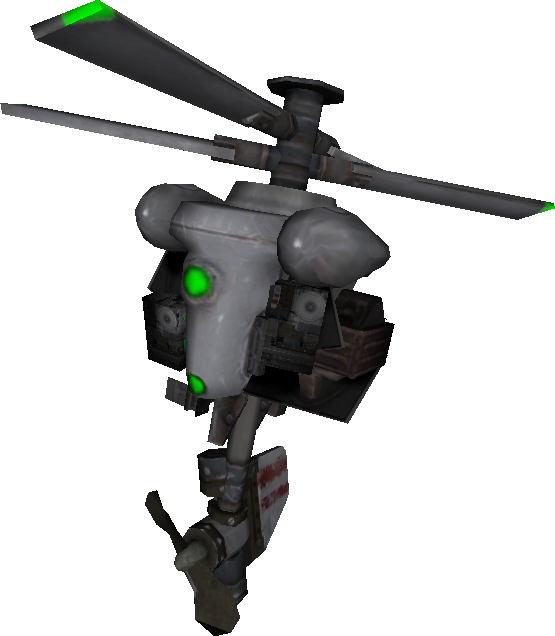 Small steam-powered machines dedicated to one purpose, to launch fireworks.  They were originally made for festivals, until it was discovered they’re not bad for warding off intruders and good-for-nothings.  After all, fireworks were once used as a weapon.  Each bot contains several fireworks and will often fly back to a supply cache once supplies have run low… but this isn’t likely to happen in a single fight, assuming they survive.