A familiar face comes into view as patrons briefly part into a narrow opening, it’s a cloaked humanoid with a strange helmet!  The creature gets up from a meditative stance, acknowledging your presence.  His relaxed and idle stance changes into a beckoning yet inviting gesture.

“Ah, Zam’Dul has not forgotten you, traveler!  Many of my old wares are gone… The rest?  Well, a bored mind tries to see what can be done with spare parts.  You’ll see some older oddities as well as some new creations.  Please, relax and observe what the shop has to offer!  Never be afraid to ask questions, Zam’Dul knows all!”

He lifts a curtain beyond his little stand to reveal a massive archive of the wonderful and weird, seemingly infinite space is filled with encased treasures and incredible artifacts.  The helmed monk shuffles to a counter, seemingly observing you wherever you go.

Author’s Note: These were always fun to do!  Also, I’ve been messing around with some of my magic items.  Some needed a fair bit of overhaul, while others weren’t developed enough.  Plus, I have a few ideas I’ve been kicking around in general.  So, let’s get shopping!  (Or something!)  Keep an eye out for the Tomb of Annihilation nods, for any gamers eager to run the major adventure book for Fall 2017.  Also, this post was made in support of the November 2017 RPG Carnival with the theme “The Past, Revisited“.  Check out the post and its contributors!

These things?  It’s quite simple, they’re focuses.  In fact, when combined with certain kinds of magical weapons, their power is shown for all to witness.

By itself, the crystal is useful as a focus for casting magical through it.  Otherwise, it’s only useful alongside various other items that require them.

Yes, yes, I know what you think!  Zam’dul has joined some illicit arms trade?  This is not the case.  This was a privately commissioned work of art, quite beautiful.  It was a commission sold off by a mercenary who turned a new leaf, choosing a life of pacifism.  As a neutral party, I’m here to allow you make your own judgements with this ranged weapon.

This peculiar firearm has a sleek and alien aesthetic.  While most in your travels are powered by alchemical substances or smokepowder, this one has a slot for magical crystals to be popped in.  Siphoning their energy, they unleash blasting beams.

The base stats for the raygun are based on the Renaissance Firearms, as found in the Dungeon Master’s Guide.  However, the ranges on these firearms are 40/120 for the pistol and 60/180 for the rifle instead.  For all intents and purposes, this weapon is considered magical.

Instead of ammunition, it operates on slots, similar to other magic items.  For every attack that is used as part of an attack action, a slot is expended.  When all slots are expended, the gun becomes inert.  The crystal inside the gun contains 6 charges.  Upon completing a long rest, the crystal regains 1d4 charges. 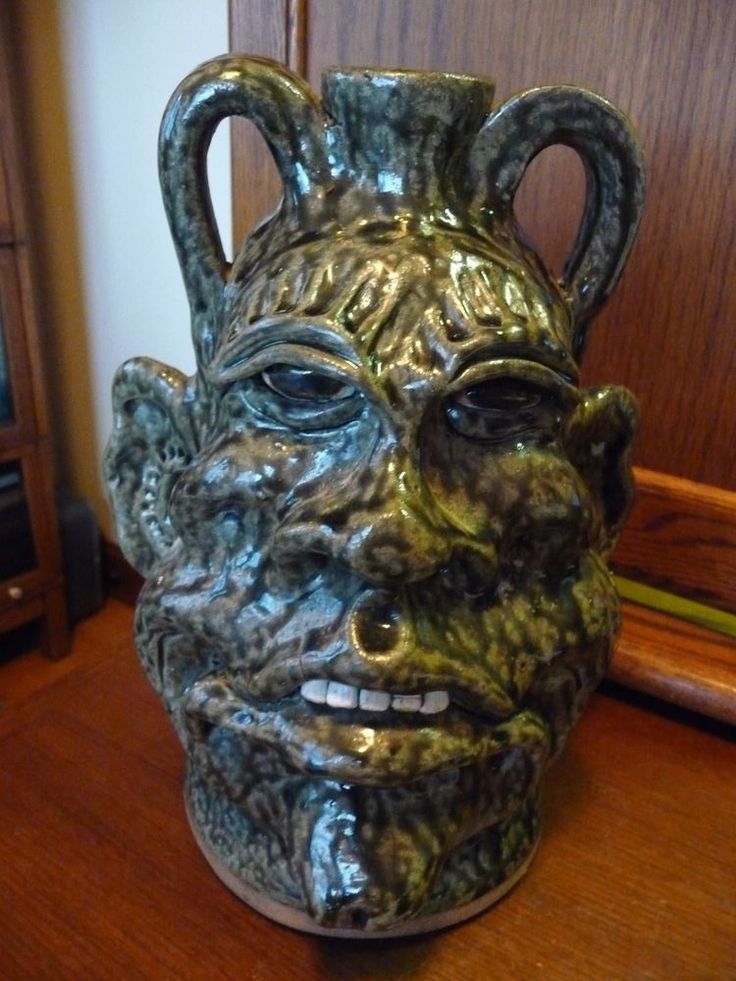 I shouldn’t sell this to you.  Rumor has it that there’s an actual monster in this jug!  Pretty scary, I’m aware.  Now, what kind of monster is unknown, but I suspect this can only be used for nefarious purpose.  Of course, once it leaves my shop, it’s not my responsibility.

This seemingly ordinary container is crusty, old and grimy.  Its brown tone has faded over time, indicating that this was an artifact made long ago or an old jug was used for the ritual.  In truth, it’s some kind of capturing device that magically bound a creature inside.

As an action, the user can open the jug and let out the foul oil inside.  The oil will bubble and summon the creature trapped within in.  Unless specified for whatever reason, the creature will most likely be hostile to whatever it encounters.  Roll a d100 to determine the creature:

What a weird looking hide, is it not?  That’s because it’s much more than that.  It was used by a group of menacing warlocks who use those types of pelts to change shape.  I’d find the land where it came from and see if the locals can’t help destroy it.  That said, using it can have its reward…  At a price!  Too much abuse could turn you feral, so they say.  Though, there are probably ways to use this for Good.

In front of you is a tattered hide of an animal, adorned with symbols and ritualistic glyphs.  To the normal eye, it doesn’t look inherently malicious.  But, from cultures that have dealt with skinwalkers and other horrors, such an artifact is pure evil.  It carries an aura of malice upon touching it, beckoning a foolish wearer to indulge with it.

Upon draping the pelt over the user, they may attempt to activate it once attuned.  After taking 1 hour to attune to the item, the user must drip a few drops of flesh blood on the skin and say the activation word as an action.  Upon doing this, the user gains the ability to use a Wild Shape to become the animal that the pelt is.  The available CR is based on the Moon Druid and matches the user’s total level.  This wild shape effect lasts for as many hours as the character’s level.  Upon using this ability, they must take a long rest before safely using it again.

CURSE.  Those who study deeply into the pelt’s magic can learn that it’s possible to utilize its power further.  However, without properly resting, your body hasn’t shaken off the taint that the item possesses.  For every time you activate the skin again, before taking a long rest, you must make a Wisdom saving throw (DC 15 + 5 for ever attempt after that one).  Failure results in you attacking the nearest creatures you see while in Wild Shape form.  You must continuously attack this creature until you are knocked out/killed or your target is killed.  In addition, the skin afflicts you with the dread curse of Lycanthropy.

Your alignment shifts to Evil and every night, the character must save again.  Upon failure, gain the traits of whichever lycanthrope suits your Wild Skin.  Once this secondary save if failed, the DC for the Wild Skin is reset. Also, after failing the second save, you gain the lycanthrope’s full alignment (albeit, an evil version if the base creature isn’t evil) and you are a NPC under the DM’s control until the curse is broken.

Casting Remove Curse or a related spell removes this effect on a character, also removing attunement.

*Should you require more variety for your lycanthropic creatures, please check out one of my DM’s Guild creations, “Zoanthropes – A Collection of Werebeasts“.

“While Zerthimon’s teachings lie within the Githzerai, many planar travelers had also come seeking his ancient wisdom.  While Zerth Blades were forged for the Gith, students from other races found means of utilizing their gifts to form their own blades in Zerthimon’s honor.  The Channeling Hilt is one such weapon.  I don’t buy into Zerthimon’s stuff, but I’m sure you can make good use of this!”

At first glance, this looks like an ornate sword hilt.  Where the blade would be is a strange burnt mark.  The hilt itself seems to carry a strange psychic energy to it, that flows with your touch.

While attuned after an 8 hour period, the hilt becomes one with the soul of its wielder and is capable of teaching them the lessons of Zerthimon as necessary.  The weapon counts as a +1 weapon and deals force damage.  While attuned, the wielder is also immune to charm and fear effects and attacks with this weapon deal an extra 1d8 force damage.

Staff of the Grand Courts 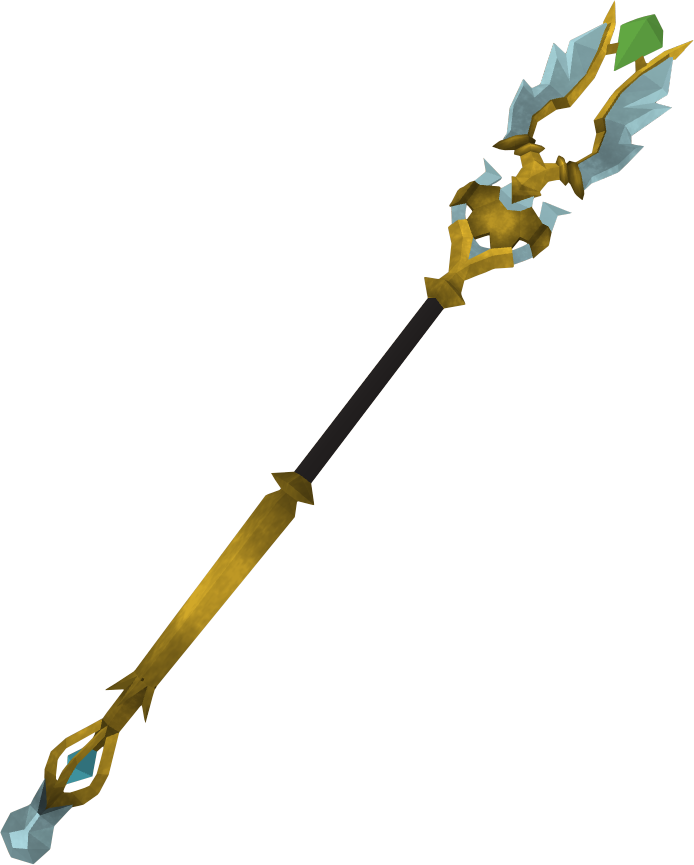 A magical staff?  No, it’s no ordinary staff.  It is said to carry incredible magic that can heighten a magic-user’s knowledge of spells.  It’s nothing short of incredible, in my opinion.  Where it came from?  I have long since forgotten.  However, I am more than aware that this is likely one of my most expensive wears.  I shall not part with this beautiful artifact that easily…

This fancifully crafted staff has regal touches and elaborate details, clearly made for some royal or powerful being.

While attuned for more than 8 hours, the user gains an otherworldly awareness of mystical power, expanding their ability to cast incredible feats of magic.  While attuned, they gain the following features:

Bonus spells depend on the staff’s origin.  Select one of the following origins below.

* = Requires use of A Planar Grimoire

** = Requires use of “Xanathar’s Guide to Everything”

This one looks like a gloomy festival mask, attached to a torture device.  It’s far more insidious than that.  Spiritual monks throughout the ages have hunted down creatures who were changed by this mask… or so the legend says.  I’ve encountered neither monks or monsters, so the superstition is likely just some cultural thing.  That said, you could probably do damage with such a “weapon”…  But, I don’t advocate using this for malevolent ends.  It’s more of a trap than a magical item.

This drab grey mask looks as if it were made of stone.  The face upon the mask carries a sinister glare, with fangs clearly showing from the shape’s lips.  When placed on a face, nothing will happen without the activation action.  This action is spilling blood upon it.  Upon doing so, curling spines will dig into the victim, causing a terrifying glow to emit from the mask.  More often than not, the victim slumps over… before getting up with a newfound blood-lust.

As an action, you may place the mask upon your face or attempt to place it on another creature.  Roll a melee attack roll, which you are proficient in, when attacking another creature.  Upon success, if blood spills on the mask before it is removed, the target must make a Constitution saving throw (DC 22).  Failure results in taking 33 (6d10) piercing damage.  Success results in half damage.  This damage counts as magical.  If the target is killed by the mask or by subsequent attacks, the target returns as a vampire 1d4 rounds later.  If the character is not killed while the mask is latched on, a Remove Curse spell still prevent the mask from turning the creature into a vampire.  In addition, for every turn that the mask is still stuck, the target must roll a new saving throw to avoid taking full damage.

Once the mask has been used, it goes inert for 48 hours.

CURSE.  Until the victim is turned into a vampire, the mask will remain stuck to them.

Amulet of the Nine Spirits 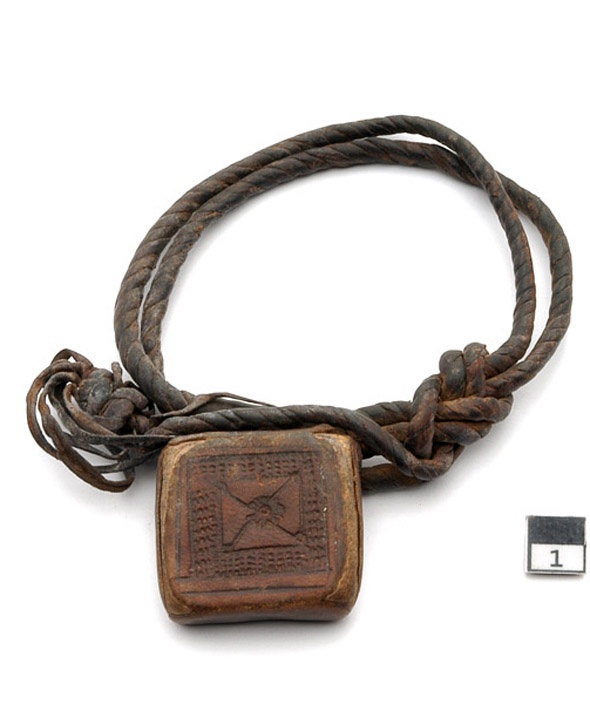 An amulet talisman is attached to a twined necklace.  The talisman seems far lighter than it should be, considering the dense materials used to make it.  While it doesn’t come across as colorful or special, it vibrates with spiritual energy when grasped tightly.  In truth, it’s a relic dedicated to the 9 lost spirit gods of Chult.  With the knowledge of the spirits, a user can beseech these identities in search of aid.  The result is a spirit based on one of the great beings.

To activate, the user must take an action to thing deeply about the 9 spirits.  As a result, a spirit will be summoned up to 20 feet away from them (to a safe location).  Like the Bag of Tricks, this can be used up to 3 times before having to take a long rest.  In addition, only one spirit may be available at a time.  The spirit will last by your side for up to 1 hour.  Attempting to summon another spirit will either cancel out the current one or fail.  In order to determine which one is summoned, roll a d10.

These spirits share the same stats as their original counterparts (as found in the Monster Manual and Tomb of Annihilation), in addition to the following, increasing their Challenge by 1 step: