While not fallen knights, these are holy warriors who have fallen on hard times none the less.  Certain orders of the paladin are not seen as the high and mighty crusaders of justice and good, but a necessity for dealing with evil… while preventing troubles members from falling themselves.  Many of the more righteous minded are uncomfortable around such types, as they tend to be far more dour, jaded and even looking they have the life taken out of them.

For many their path is seen as one of ultimate damnation, getting too close to that which they fight… or at the very least, losing sight of what’s worth fighting for.  Among their darker orders, they are the realists, the last line of defense, those who know too much about their enemy and the like.  Only a fool would turn down the aid of a dark oath member.  These crusaders are typically infiltrators, veterans, lore keepers and specialists against specific threats.  This of course assumes that suspicion doesn’t lead to their banning or worse.

Author’s Note: While these sub-classes are meant to be neutral/anti-heroes, they could be twisted into alternative options for Fallen/Oath Breaker Paladins.  All in all, I wanted these sub-classes to convey an almost gothic theme, alongside other inspirations.  Furthermore, I really wanted to experiment with these sub-classes, totally overhauling my original ideas for the “Oath of Blasphemy” and the “Oath of the Cynic”.  However, these sub-classes could easily fit vibes like Mythos Cultists, Instruments of Chaos and Trickery (i.e. Loki, Tzeentch, Cyric), Corrupt Clergymen, Fanatical Crusaders, agents of the Shadowfell or even servants of a less malicious God of Death (i.e. Wee Jas, The Raven Queen, Kelemvor, Anubis, etc).

The Oath of Heresy – An Oath of Obtaining Taboo Knowledge 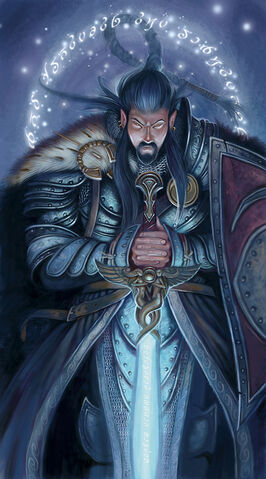 Your order is a simple one, pursue knowledge to help defeat the most wicked of foes.  However, diving into the blasphemous tends to drive most of your kind into insanity, rage or corruption.  For those who do maintain their composure, they are a trove of strange knowledge.  Instead of accepting the taboos they have learned, they often fabricate ways of defeating the great evils who also use that knowledge.  On top of that, the heretics thirst for knowledge… this can include suppressed dark secrets on neighboring orders that they wish to keep buried.  The quests to understand all secrets and conspiracies are usually the main reasons for the heretics’ persecution.

Tenets of The Heretical

The Heretics are a wide spectrum that’s often distrusted.  Some range from scholarly warriors who research all they can about their enemy to combat them, while others are mad blasphemers who aim to steal the power of their foes for personal gain.  Because of the latter, this order is branded as corrupt and often decried by other orders.  However, should a situation arise that requires their expertise, such paladins are sought after.

Knowledge At All Costs– Only a madman would pursue such knowledge.  But, when there is so much evil in the world, their strategies and weaknesses should be known fact!  Even if it rips apart one’s mind, read onward.

Know The Truth – The Heretic only wants to understand the whole truth.  Who is truly friend and who is truly foe.  What half-truths break down under scrutiny and what conspiracies are discovered in the process.  Such knowledge can only benefit, not only fellow holy warriors, all people who seek justice.

Defeat Ignorance – Heretics will often preach the dark truths that they’ve discovered, much to the discontent of pretty much everyone around them.  These could be distortions of religious dogmas or profane terrors that have slowly rendered the heretic insane.

Oath of the Heresy Spells

Aura of the Unbounded Tutor.  Upon reaching level 7, your knowledge and cunning, in regards to the esoteric and bizarre, is something to behold.  You’re willing to share your knowledge with those who will listen.  Choose two of the following skills: Arcana, History, Insight, Medicine, Nature, Religion.  You may add twice your proficiency bonus to two of the chosen skills.  In addition, all creatures within 30ft. of you that are proficient in those skills are also treated as having double proficiency as well.

Decipher of the Universe.  Upon reaching level 15, you find yourself able to twist almost any words you see and hear into something you can understand.  You are always under the effects of the Comprehend Languages spell.  In addition, you may use an action to be under the effects of Tongues for up to 1 hours.  After using the latter ability, you must take a Long Rest before using it again.

Manifestation of Heresy.  At level 20, you can use your dread powers to assume the avatar of the very dark knowledge you have embraced.  Your senses are more awakened, as nothing can stop your mad pursuit to learn all of the dark truths of the world and beyond.  As an action, you gain the following abilities for up to 1 minute:

The stresses of your station have proved to be great; maintaining an image of justice and glory, acting as a paragon of virtue, upholding all tenets of your belief at all times.  And worse, they are exposed to absolute depravity, horror and destruction that proves to be too much for them.  Sometimes, their own brotherhoods are dragged into wickedness.  Not all who crack under pressure leave their path entirely.  For those who still wish to be like the paladins, an order was formed for them to continue under a different oath.  These “Grey Guards” tend to reject objective goodness in favor of law.  Some prefer to be altruistic in a less strict sense.  Some barely fit the labels or either Law or Good.  For them, protecting the minds of the innocent from things that would destroy them is for the best, even if that leaves them ignorant.  To the cynical grey guard, “Good and Evil” are a means of propaganda that distort and contort law and order to one’s ends.

Tenets of The Grey Guard

The Grey Guard are by nature jaded and cynical, having faced vile atrocities, failures, and tragic events.  Because of this, holding contempt and suspicion against others is all too common.  Trust is hard to come by, but a mutual respect is more than possible to establish among members… and sometimes with outsiders  The Grey Guards are typically Lawful Neutral.  However, True Neutral is possible.  Lawful Good and Lawful Evil are exceptionally rare.  However, DMs may allow anyone to become a Grey Guard, regardless of alignment.

Anticipate the Worst, Be Surprised by the Best – The world is a miserable and awful place.  Always prepare yourself for tragedy and dismay.  However, the few positive moments are gifts that should be cherished, but held with some level of suspicion.

Be Skeptical of the World Around You – Never accept something at face value, don’t trust it entirely either.  Only a fool would blindly accept the world without questioning it, lest they become a victim.  Without a bitter perspective on life, you could be used by false pretenses like morality and mercy.  Only law should be observed with respect, but even that’s not above questioning.

Unfeeling Rationality – Your sense of passion and joy have long since been dashed, but you have no time to brood or sulk about it.  Instead, you are cold and pragmatic.  You try to observe things from a deeply thought driven perspective rather than through emotions.  Analyze matters before jumping into them.

Stoicism – Chaos runs rampant in the world.  Try as you may, you cannot defeat it.  At most, you can hope to spread balance.  In the end, the universe shall to do you as it pleases.  Perhaps you can bring some good to this world through your actions, but forcing it will provoke hostility.  Do what you can, but accept that in the grander scheme of things, you are just a small fraction of a wider picture.

Oath of the Grey Guard Spells

Distrusting Glare. Beginning at level 7, you strike fear into those you hold with contempt and suspicion.  As a bonus action, you may glance at a creature that passes within 60ft. of you.  They must immediately make a Wisdom saving throw based on your spell DC.  Upon failure, they are frightened until the start of their next turn.  They may be done as many times as your Charisma modifier before having to take a short or long rest.  Furthermore, creatures that have been already affected by this effect are immune for 24 hours.

Dispatch Suspect. Beginning at level 15, you’re willing to use cheap tactics to achieve order.  You may use your reaction to attack a creature you have frightened or turned with Distrusting Glare or Turn Disorder.

Order Above All.  Upon reaching level 20, order empowers you to balance chaos wherever it threatens civilization.  By embracing the cold and calculating powers of true law, you become more autonomous and metallic in your look.  As an action, you can be granted the following benefits for 1 minute.

Oath of the Groundskeeper – A Grave Watcher Oath 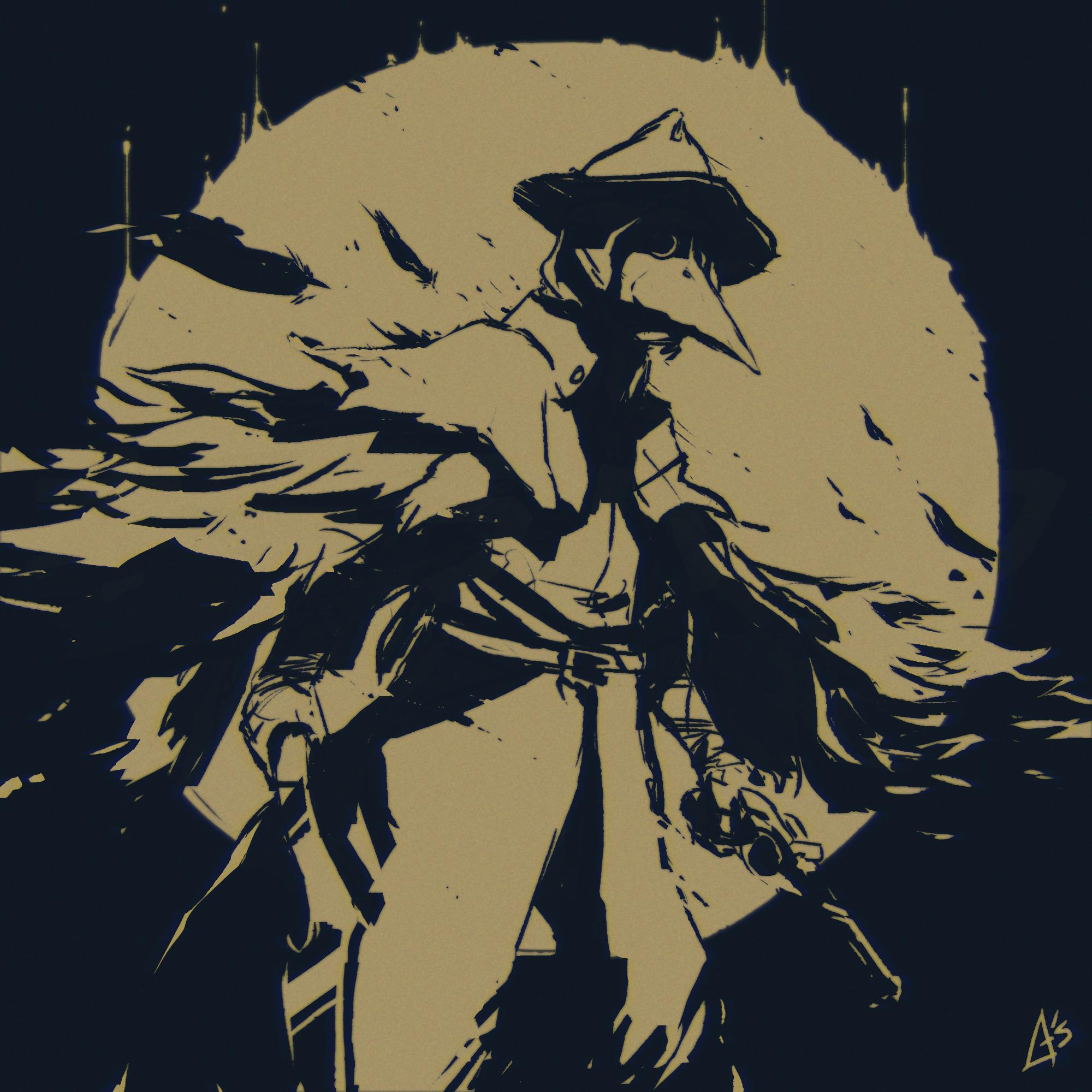 You are more comfortable acting as a shepherd for the departed than as a guide for the living.  For you, the crusade lies against those who disturb the dead.  Unlike most orders of paladin, you favor drab and mournful clothing and equally macabre armor.  Many have an equally cheerful outlook.

Tenets of the Groundskeeper

The journey one travels through life is already arduous, death should equal rest.  The Groundskeeper tend to resting places of the dead, when they’re not called to take down the undead, corruptions of both life and death.

The undead are abominations that must be stopped.  The dark powers of undeath make a mockery of the bodies they inhabit, turning the corpse or soul into a twisted puppet.

Do Not Stop Death

Many priests and other holy folk diverge in philosophy from here.  While many would preserve life and ensure it moves onward, the groundskeeper sees little ill with letting death just happen.  Of course, there is an exception.

Groundskeepers believe that an unfulfilled life can bind a soul to this world and create undead.  While they protect the dead, they also have a duty to make sure the living do not suffer or regret in death.

Oath of the Groundskeeper Spells

Prevent Healing.  Upon reaching level 7, whenever a creature attempts to heal itself by magical means, you may use your reaction to stop them, as long as they are within eyesight of you.  Whether by magical potion, spell or natural ability, they instead gain no hit points.  However, this prevents the first attempt.  Subsequent attempts at gaining hit points are not thwarted after using your reaction.

Aura of Despair.  Anyone who means either the living or dead harm shall be met with absolute sorrow.  At level 15, any enemy that enters within 30ft. of you must make a charisma saving throw.  Upon failure, they are afflicted by the Shadowfell Despair table (DMG, P. 52) for the next minute.  Upon succeeding or after the effect is over, they are immune for 24 hours.

Avatar of Death.  At level 20, the paladin gains the ability to become an incarnation of death itself.  As an action, you may take on the form and gain the following features for 1 minute:

After using this ability, you must take a long rest to use it again.