Author’s Note: As a continuation of my theme, here’s a plethora of horrible mutants and mad experiments.  While much of it is revisiting old monsters, there’s a good amount of new goodies to toss into your wastelands, super secret labs and other such locations.

A ghoulish cloud made of purely radioactive power.  The skull-like shape floats off the ground, hovering and defiling all it touches.

Dust of Decay.  The elemental can enter a hostile creature’s space and stop there.  It can move through a space as narrow as 1 inch wide without squeezing.  Any creature caught within the path of this creature is effectively blinded.  Any area 30 ft. around it is considered mildly irradiated.  Since it is heavily concentrated radiation, targets must make a saving throw (DC 10) at the start of their turn each round.

Cosmic Indifference.  Despite being an animated embodiment of entropy, it cares not for what it encounters.  While it takes sadistic joy in irradiating its prey to death, it doesn’t seem to be too phased by their escape.  This creature will not take reactions to make attacks of opportunity.

Multiattack.  The elemental can make two slam attacks.  Alternatively, it can make a slam attack and attempt Nuclear Storm.

Nuclear Storm.  (Recharge 5 or 6)  As an action, the elemental can increase the power of their “Dust of Decay ability” from mild radiation to moderate radiation.  This lasts 1d4 rounds.

The Blighted ones.  These creatures were living flesh and bone before they were infected with the terrors of radiation.  The necrotic glow melted their flesh and their minds.  Some were lucky enough to die, while others were reinvigorated after collapsing.  The necrosis stopped, as did most of their mental function.  What was left was a soulless and thoughtless hollow creature that craves violence and has an unquestioning hatred of the living. 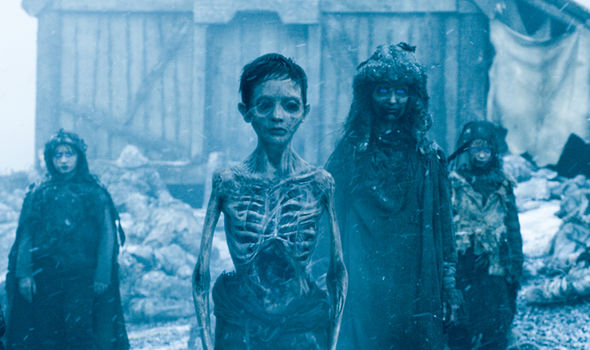 Healing Factor.  When starting its turn within a radioactive zone, the zombie gains 3 (1d4 + 1) cumulative hit points for each level of radiation its in.

Irradiated.  The zombie is contaminated by radioactive contents.  It emits a small field of radiation as a result.  Creatures that start their turn within 5ft. of the zombie must make a Constitution saving throw (DC 13) or take 4 (1d8) radiation* damage.

Turn Immunity.  The zombie is immune to effects that turn undead.

Undead Fortitude. If damage reduces the zombie to 0 hit points, it must make a Constitution saving throw with a DC of 5 + the damage taken, unless the damage is radiant or from a critical hit. On a success, the zombie drops to 1 hit point instead.

Creatures that are reanimated in this manner gain the following traits:

Gifted with incredible psychic power.  However, most of these talented folk are either unable to control their power fully or have become unstable and insane from it.  As such, they seek to unleash bedlam through their psychic talents.

Languages. Common and two others of choice

Uncanny.  Psychotic Psychics are considerably off, making it impossible for them to come across as normal.  They have disadvantage on all checks to interact with a creature, hide any potential deformities or whatever other struggles the psychic may deal with.  Furthermore, most mad psychics suffer from some form of indefinite madness, as found in Chapter 8 of the Dungeon Master’s Guide.

Magic Resistance.  The Mad Psychic have advantage on all saving throws against spells and magical effects.

Dominate Creature (1/Day).  The Mad Psychic imposes its will over a subject within 60ft.  The target must make a DC 14 Wisdom saving throw.  Upon failure, they are dominated for up to 1 minute, but they may save again the following round at the end of their turn.  If any target friendly to the Mad Psychic attacks a dominated subject, the target may save again.

Maddening Touch.  Melee Spell Attack: +6 to hit, reach 5ft., one target.  Hit: 20 (3d10+4) psychic damage.  The target must also make a DC 14 Wisdom saving throw.  Failure results in gaining a Short Term Madness effect.  (If the target already has this and fails the save again, it becomes Long Term and then Indefinite).

Entropic Touch (Recharge 5 or 6).  Melee Spell Attack: +6 to hit, reach 5ft. one target.  Hit: 13 (2d8+4) necrotic damage, the psychic heals 1/2 of the damage dealt.  In addition, the target must make a DC 14 Constitution saving throw.  Upon failure, the target cannot regain hit points (or temporary hit points) until the end of their next turn.

Shield from Energy.  When the Mad Psychic is the target of a magical spell attack that’s within 60ft. of it, the psychic may use a reaction to impose disadvantage on the attack roll for that spell.

Toxic spills, desecrated grounds, super science…  No matter the cause, one of the strangest byproducts is a disturbing fusion of creatures called the amalgam.  This atrocious thing contains a variable of humanoids, beasts and other creatures;melded into a discordant mixture of clawing hands and gnashing teeth.

Vile Stench. Any creature that starts its turn within 30 ft. of the beast must make a (DC 15) Constitution saving throw. Failure results in the creature being poisoned for up to 1 minute. They may make a new saving throw at the end of their turn. Creatures who succeed are immune to this effect for up to 24 hours.

Many Grabbing Arms.  The Beast may attempt to grapple a victim as a bonus action.

Multiattack. The Beast may attack up to three times per round, one of which can be its Maw.

Gaping Maw. Melee Weapon Attack: +9 to hit, reach 5 ft., one target. Hit: 17 (2d10+6) piercing damage. If the target is prone, restrained, paralyzed or a similar condition; they are devoured by the beast. A 1 medium or 2 smaller creature can be devoured. While devoured, the creature takes 6 (1d10+4) necrotic damage. The creature may attempt an escape action (DC 17) to break free of the beast. Alternatively, they may deal up to 30 damage inside the beast and create an opening instead.

This version of the amalgam deals an extra 7 (2d6) radiation** damage per attack, also using the Radiation rules.  Increase its challenge to 9 (5,000 XP)

This version of the monster is Undead instead of an Aberration.

The next step in human evolution… or so they said.  These mighty beings were exposed to a heavily mutative virus, turning them into towering discolored things capable of great strength and wielding powerful weapons more fit for a vehicle than a person. 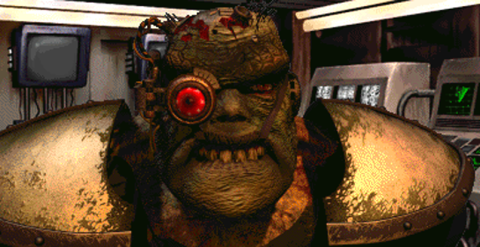 Oversized.  Hulking Mutants have advantage on checks to push, pull, grab or the like.

Mutant.  You are immune to diseases and poisons

Sturdy.  Hulking Mutants use no movement to get up from being prone.  Also, they have advantage on saves against forced movement.

Multiattack.  The Massive Mutant may attack with Brute Club or Energy Blaster up to three times per round or use its Mutant Ax Pike twice per round.

This Mutant has retained much of its mind as it became a hulking monster.  This mutant has an Intelligence of 16 (+3), a Wisdom of 13 (+1) and a Charisma of 12 (+1).  It has skill proficiency in History (+6) and its Intimidate increases (+7)  This mutant also has saving throw proficiency in Intelligence (+6) and Wisdom (+4).  As such, many of these smarter mutants become leaders, if not the master of a mutant team.  Its Challenge increases to 8 (3,900 XP.)

No one is sure how this oddity came to be.  Was it a joke experiment?  Was it an unfortunate result of a wasted world?  None are certain.  All that is known is that it’s aggressive, miserable, neighs loudly and can climb almost any wall.

Maniacal Violence. This creature takes out its agony on whatever it encounters. It will attempt to attack the creature closest to it.

Spider Climb. The creature can climb on almost any surface, akin to the spider climb spell.

Trampling Charge. If the horse moves at least 20 feet straight toward a creature and then hits it with a hooves attack on the same turn, that target must succeed on a (DC 16) Strength saving throw or be knocked prone. If the target is prone, the horse can make another attack with its hooves against it as a bonus action .

Constricting Body. Melee Weapon Attack: +7 to hit, reach 10 ft., one target. Hit: 27 (4d10+5) bludgeoning damage. The target must also make a (DC 16) Dexterity saving throw or be restrained. The target must take an escape action to be freed.

The subject of unspeakable tests and tortures.  Having long since broken down as a result of their abuse, this pitiful creature lashes out at whatever comes near it.  Fueled by a mixture of psychic ability, augmentations and its own natural ability; this loathsome monster is as tragic as it is dangerous.  In the end, death is what it seeks… even if its methods are reckless and somewhat unpredictable.

Damaging Skin.  Any creature that attacks the horror in 5ft. melee range risks damaging themselves.  They must succeed a DC 15 Dexterity saving throw or take 7 (2d6) piercing damage.

Death Desire. This creature truly wants to die.  Enemies gain advantage on attack rolls against this creature once it reaches 1/4 of its maximum HP.

Eye Slash.  If one of the claw attacks hit, the Horror may use its bonus action to force the target to make a DC 15 Dexterity saving throw.  Upon failure, the target is blinded and must seek medical aid (or be affected by a spell such as Greater Restoration or stronger) to restore eyesight.

Single Out. Attack that the Horror makes against a target that has no allies within 10ft. of it has advantage.

Multiattack.  The Horror may use its claws twice per round.

Horrific Wail. (Recharge 5 or 6)  The horror can emit an ear piercing shriek!  All creatures within a 60ft. of the horror’s choosing must make a Constitution saving throw (DC 15) or become deafened and frightened until the start of the horror’s next round.

Slasher Teleportation. (1/Day) As an action, the horror can elect to move itself up to 30 feet.  During this movement, it cannot be detected and is considered non-existent until it stops moving.   If the horror ends movement next to a creature, it can make 1 claw attack against them.