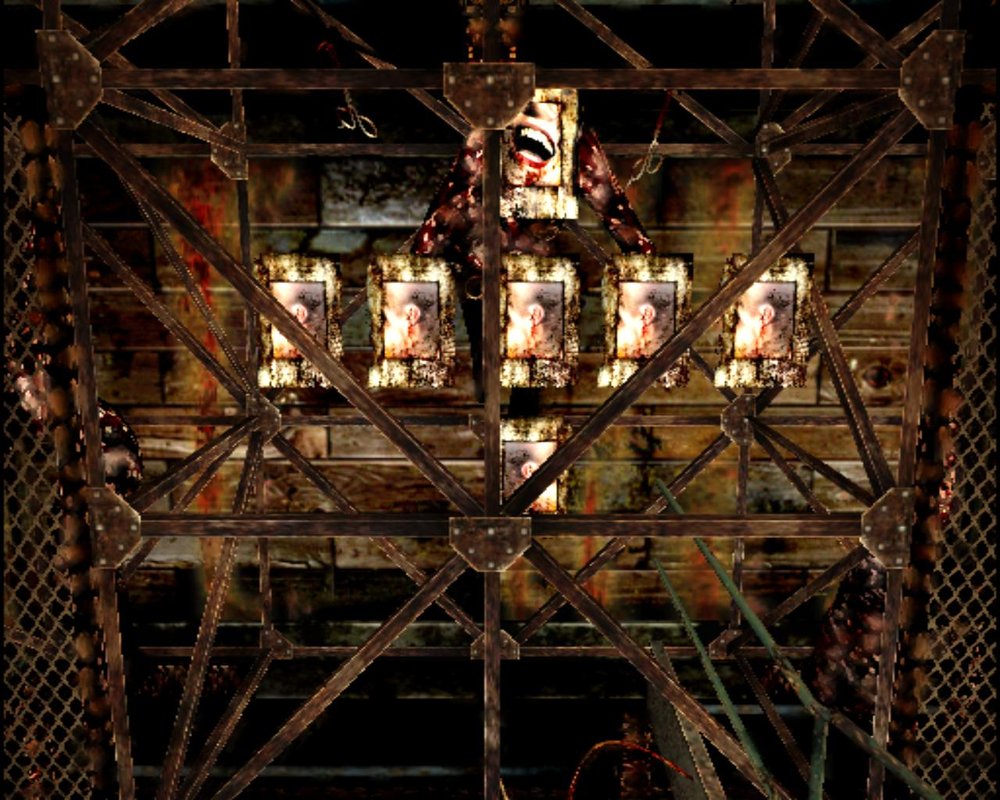 In the lower levels of the mage guild, the team becomes antsy about remaining in this pseudo-utopian reality too much longer.  Vultam refers to the See-r as “Kevin” as to him, all mages who specialize in portal-related powers and divination are named Kevin…  or at least a couple of them are.  Ha’shar distracts an assistant named “Melvin”, a walking totem pole hivemind of gnomes, while Jev’eng goes off to loot from a clothing and changing area… coming back with a goofy hate and a “pimpin’ jacket” on him.  Some of the mages mistake him for one of the regular attendees at the guild hall.  The See-r asks if everyone is ready to forge and activate the portal.  With a mix of shrugs and definite “YES”, all move further down into the guild depths.  As they do, the front doors of the main entrance fly open as the flustered screams of the doorman and stomping footsteps sound in the foyer.  It’s the guard, come to grab the crew for a choice of “treatment” or “erasure”.

Everyone crowds into a small laboratory, as Delvin hallucinates a sequence involving two people being dragged off by guards.  Meanwhile, the collective Melvin assembles a circle out of what looks like pipe cleaner (Out of Game) and smells like pine.  He hops around as the See-r continues to help prepare the circle.  Jev’eng takes a cartoony hammer that seems to be rubbery.  As the circle begins to turn into a gateway, Delvin goes from guarding the door to dashing for the circle at super speed!  Everyone else takes a moment before following suit, with a few things grabbed.  Taliessen asks for any aid before leaving, gaining a pouch of peculiar herbs and spices… which are probably useful for something.  Jev’eng grapples Melvin and drags him into the circle.  While Melvin disappears, they do not follow Jev’eng into the warp.  Instead, Jev’eng hears a strange and cryptic message (which sounds a lot like computer code).  In addition, trying to bring Melvin screwed up the ritual!  It becomes intercepted by a familiar encampment… now with a regal look to it, the Uldinian theocracy.  Before the team makes their out of the gateway, they see two monks throw leaves in the air before jumping into their own portal.  Vultam and Jev’eng play stupid in front of another monk, who seems confused as to why they’re hesitant to join their faith.  He explains the two other monks have left this realm for dream by going through the fire pit.  He notices Sweetgrass, who accidentally speaks “heresy” and promotes more heresy by wearing a mask of a Penumbra cultist.  The Antumbra worshiper becomes irritable and rings a bell, to summon others to his aid.  He gets dominated by Vultam, who turns him into a distraction as he runs off and spouts blasphemy… before quickly being killed off.  Higher ranking priests emerge, standing their ground, but prepared to fight.  They accuse the team of sorcery and blasphemy within their realm.  Jev’eng, who had crept away, sets up the ritual before ushering the team as fast as possible.  Barely evading a deadly shower of holy power, the team hops back through the dimensional void.

This time, they seem to travel through space and time, encountering all sorts of “mirrors” in the multiverse; a party beached ashore that sees kobolds fighting large snails, an elf attacking an undead abomination, a plague creature slaying and reanimating a paladin’s body, a drow raiding band encountering traitors among other things.  The visions become to change to something more insidious!  It’s the realm of Orvaldt, completely destroyed… as the vision plays backwards.  Pillars of light leap from the ground, as chunks of land return to form second later… revealing the Kingdom of Orvaldt.  The pillars eventually travel towards the same point high in the mountains.  As if guided by another force, it drifts down to the mountains and towards the roadway from before.  Two creatures are dragging bird’s body in reverse, as they split off after it returns to the spot where he “died”.  They’re then assaulted with far more personal images.  Lizardmen slaughtered by people in bulky armor, a catman being vivisected in a physician’s quarters, dark fae picking off stragglers in some undisclosed location, the burning campground of a slain goblin tribe and a mine collapsing on both miners and monsters alike.  Eventually, they pierce through a glowing circle and teleport between parts of the mountains; the remains of the abandoned plateau camp, the now empty roadway and banks of snow… which they all plummet into.

Ha’shar and Vultam scout ahead after seeing faint light in the distant dark and discover a lodge with royal insignia upon it.  Both ponder the oddness of this for a second before being hollered at by guards stationed in the front.  The guards demand papers from the king, as the lodge is in an emergency lock down due to recent events.  Delvin, who was previously snapping out of shock, makes his way up the slope and towards the guards.  They attempt to do the same thing to him, but he has none of it.  After being talked down, they move aside… as everyone else catches up.  The motley crew enters to see an oddly colorful and cheerful setting.  There are people socializing and playing music by a fireplace, a hopping tavern to the side and traffic up and down various hallways.

Delvin splits off for a fine meal, while Taliessen warms up by the fire and everyone else checks the general store for supplies.  Delvin is treated to a fine lamb dinner, with some of the best dwarven ale the lodge has to offer.  In fact, it’s served up by a dwarf, who has incorporated various objects into his twisting and bizarre facial hair… triggering some slight Purple World flashbacks.  Taliessen sits down among the crowd before witnessing a familiar face… faceless being, rather.  It’s the Seer he saw in the insane asylum, somehow in the lodge too.  The Seer says that they have their ways of leaving, as they  wanted to visit the group.  The Seer then asks to borrow the map, as it becomes infused with more strange magic.  Meanwhile, Ha’Shar, Vultam and Jev’eng are greeted by a huge lady that even towers over Jev’eng… whose eyes practically go heart shaped.  After the three find a magic cloth, Jev’eng does his best to flirt with the general store owner. Vultam and Ha’shar return as Delvin watches.  Meanwhile, Jev’eng and the Storekeeper dart towards the sparring rooms down the hall, as the store quickly closes.  Ha’shar breaks out his instrument and one-ups the other bards and performers in the lodge, who at first take offense but later join in.  Jev’eng sends a message to Ha’shar to crank the music to something romantic… and by which he means harsh and heavy.  Meanwhile, Sweetgrass accepts The Seer’s palm-on-forehead method of divination once more, causing an out of body experience.  The astral projection of the corgi priest sees tunnels below the mountains as well as the faint outlines of the destroyed ship.  Not a moment sooner, the music gets intense as one of the bar staff joins in too.  Even Delvin gets closer to the fun.  At the sparring room, things start as wrestling but cut to black.

Vultam, bored, goes to look around some more.  Delvin complains about the lightness of the food and no buzz from the drink.  He poofs into the general store and samples some of the dried meat… it’s not very good.  He also takes the gold that Jev’eng paid for the cloth.  He continues off, snooping on Jev’eng getting some smash before finding a mage’s training room.  A stereotypical neophyte and stereotypical dark mage populate the quiet sanctum.  Vultam probes the two for information before being convinced something is very, very wrong.  Food and beer are too nice, but too light.  Musicians join in too quickly.  The general store owner follows Jev’eng too quickly.  There is no consequence for stealing.  Vultam then goes to the wizardly people, and kills them by a breath weapon…  something no mere lizardfolk should have.  This seems to set off a trap!  The Seer departs as the lodge shifts into a nightmare.

The Seer leaves mentioning that he must go, for the team are nothing but dreams and it isn’t their place to stay.  Vultam finds himself trapped int a room that becomes inky and dark.  The books on the wizards all spout nonsense about leaving for a meat locker, dispelling a spell, freeing “him” and other strange things.  Meanwhile, Jev’eng’s partner waves a farewell and vanishes as he’s left in a dark and empty room.  In the front, everyone else sees the lodge transform.  The flames turn green, the other folk turn warped and hostile.  Delvin runs back to his plate, now filled with bugs and gore.  He’s greeted by the bartender from before, now with a gashing head wound with blood spilling into a goblet.  He wishes him well before vanishing.  The rest of the bar is filled with cob-web covered corpses.  The door at the front opens to a solid wall as all of the windows are boarded up.  Ha’shar figures this is a dream and tries to will things, the lodge seems to mock him.  Likewise, the same happens to Jev’eng, who ends up slamming the door open and into a hallway illuminated by a near blinding red light.  Vultam tries to push through the library barrier as he meets Jev’eng in the hall.

The two immediately make their way for the stairs.  The rest of the team, recalling their room keys, figure they too can find answers upstairs.  Warlock and Barbarian in front, they open up doors to a variety of grisly sights: a headless body bathing in a tub, slabs of meat sitting at a table, a women sewing her face into her work, a hallucination of Vultam attacking Jev’eng, leather humanoids crawling around a naked man on the ceiling and finally another staircase emerging out of no where.  Everyone else catches up and the race the staircase and through a white film that turns out to be the snowbanks outside.  Everyone decides to take a moment to decide what to do, after seemingly escaping a living nightmare.